When the Church Is Working Right 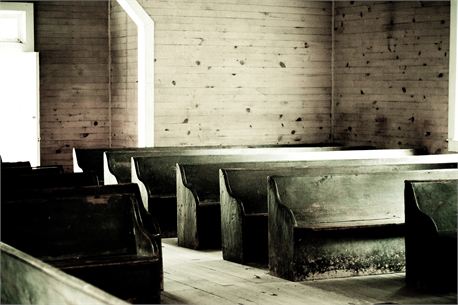 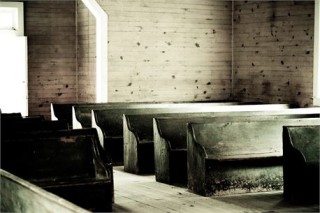 I believe that Jesus was the first church planter. I realize that most evangelicals refer to the Day of Pentecost as the “birthday of the church,” but the church was really born as Jesus began gathering His earliest disciples, and the plan and strategy for the church had been in existence for eternity already.

Jesus gathered a few guys with him at the beginning of His ministry and poured Himself into them. He would often address large throngs but would then retreat into quiet places to instruct the earliest leaders of the church. Then, before He ascended back to the Father’s side, Jesus commissioned His ragtag collection of disciples to carry the gospel everywhere and change the entire world.

We would have come up with a different plan, and our plan probably would have involved committees. We would hire experts and screen the applicants thoroughly so as to weed out any mediocre talent. But Jesus collected together a bunch of guys who didn’t make a lot of sense together and then told them, “I will build my church.”

I have what I believe to be a well-defined ecclesiology (theology of the church) that is rooted in the New Testament and connects with various movements throughout the last 20 centuries. Rather than identifying with Catholicism or the Magisterial Reformers, I tend to identify more with the Anabaptists, Waldenses, and other similar (often underground) groups. Essentially I believe…

The local church is the hope of the world.

There is nothing like the local church when it’s working right. Its beauty is indescribable. Its power is breathtaking. Its potential is unlimited. It comforts the grieving and heals the broken in the context of community. It builds bridges to seekers and offers truth to the confused. It provides resources for those in need and opens its arms to the forgotten, the downtrodden, the disillusioned. It breaks the chains of addictions, frees the oppressed, and offers belonging to the marginalized of this world. Whatever the capacity for human suffering, the church has a greater capacity for healing and wholeness.

Still to this day, the potential of the local church is almost more than I can grasp. No other organization on earth is like the church. Nothing even comes close.

Does the church have problems? Sure. It is, after all, made up of human beings who are made of flesh and blood, so all of the relationship problems that exist in the world as a result of sin find their way into the community of the church as well. But even as it struggles, it also effectively changes the world.

When Rick and Kay Warren were participating in a discussion among global leaders about how to help the AIDS crisis in Africa, Rick pointed out that while there were only three hospitals in Rwanda, there were 700 churches. If those churches could be mobilized for basic medical care, it would make a huge difference in a suffering population. He further pointed out that there are villages with no doctors, grocery stores, or electricity, but those villages have churches in them.

From a tiny seed in Jesus’ time, the church has grown to be an amazing living organism. It’s not a building, a denomination, or a mere religion. The church is a movement of God and I believe it’s imperative for every believer to be attending and serving through a thriving community of believers.

We value the local church at Grace Hills. In fact, we value every local church that teaches a biblical gospel and want them all to succeed, even when they’re right next door. We state this value like this…

The local church is the hope of the world, and the kingdom comes first, even before our own success. We will multiply as believers, as small groups, and as a church to fill the world with God’s glory.

We believe God has an intentional strategy for us to follow that involves multiplying at every level. We will share the gospel as believers, raise up new leaders within our small groups to start new small groups, invest heavily in church planting, and also start new services, venues, campuses, or whatever else it takes to reach people for Jesus. And while we’re at it, we’ll do whatever we can to resource other churches as we learn from our own successes and mistakes.

When the church is working right, there’s nothing else like it. It’s described as the bride of Christ. He loved the church and gave Himself for her. He defends her. He doesn’t take it lightly when people hurt or threaten her, from within or without. And He will come again to her rescue someday. In the meantime, He has commissioned her to share the gospel and the grace of God with all the world for God’s glory.

So get in. Get involved. And let’s get going!