We Need a Clearer Vision of Our Multi-Colored World 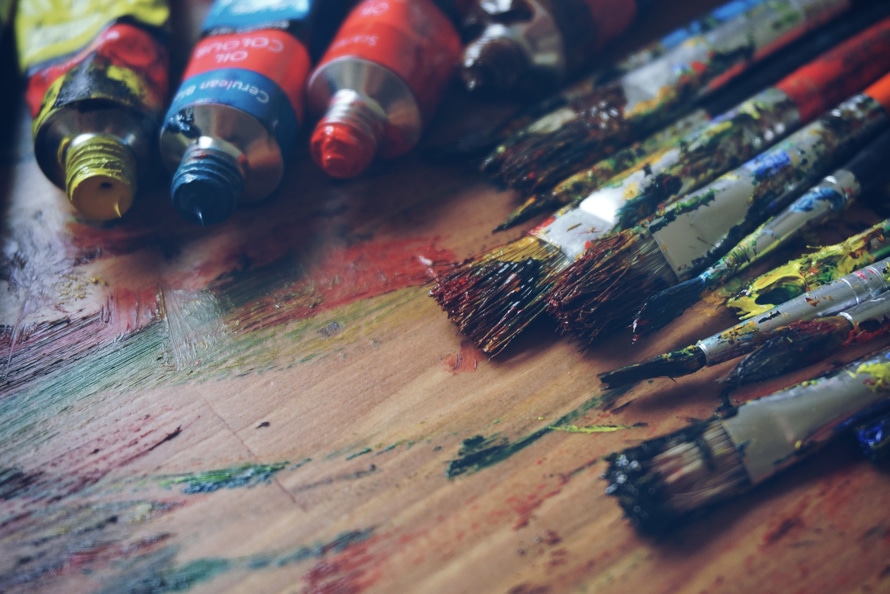 I grew up in the 1980’s and early 90’s. I remember President Ronald Reagan addressing the nation, the launch of MTV, and using an antenna switch on my tube-style television so I could play my Atari. For some of you, I’m really old.

But for many of you, I’m still quite young, relatively speaking, not having lived through World War II, Korea, the hippie movement, disco’s heyday, or the birth of roller derby.

For many of us, civil rights issues were for a previous generation, but ended with the Civil Rights Act of 1964 and the Voting Rights Act of 1965 when we finally outgrew all forms of systemic racism. Sure, a few people here and there still have their prejudices, but there is no longer any excuse for a non-white person in America to claim that they’ve suffered under the weight of our fairly balanced system, right?

Laws are one thing. Culture is another.

When I was thirteen years old, my cousin and his family picked me up and took me to their church, three miles away. As we passed a home belonging to the local leader of a white supremacist group, we saw a cross burning on the far side of their pond and a couple of guys with hoods on standing guard by the road with rifles. Later, the Pastor of that church spoke out against the white supremacist group and the church mysteriously burned down.

My high school was quite divided along ethnic lines. Large numbers of white people and large numbers of black people were constantly scuffling. Once, a white friend of mine was in a fight with a black student, left the school angry and died later that day in a tragic car accident. What resulted was a lot of blame and a lot of tension. Dozens of white students skipped school the next day and showed up an hour late, circling the parking lots with horns blaring and rebel flags flying (so forgive me when I don’t believe for a second that flag has nothing to do with race) in protest, challenging black students to fight.

I took on my first pastorate at age nineteen. On World Missions Sunday, I brought church bulletins with a picture on the front of a globe, covered with a close-up of a tribe somewhere in Africa. One of that church’s leaders refused to take a bulletin and let me know there wasn’t room for black people in his church and that “they have their churches, and we have ours, and it’s better that way.”

That was 1997. I lasted five months in that pastorate.

There is still plenty of racial tension remaining, fifty years after the signing of the Acts designed to put an end to it in America. As a matter of fact, ethnic tension exists almost universally around our planet. It’s not exclusively an American problem. In nearly every country on earth, families and tribes of people don’t like each other because of skin color, religious and cultural values, and skewed perceptions. Furthermore, racism not only affects every land, but every era of time in modern history. Biblical history reveals ethnic tension close to four millennia ago. Why?

Sin causes us to hide in shame, from God and from others. Sin causes me to place my need for self-preservation above my need to get along with people. Sin leads to fear, which causes me to stick with “my people” where I feel safer. And sin also leads to pride, which causes me to think that “my people” are better than “your people.” And fear and pride manifest as anger. Because of sin, we wind up fighting against people who are different than we are, who threaten to make us uncomfortable.

And here’s where I’ll get gut-level honest. As I genuinely peer into the dark corners of my own sinful heart, I have to acknowledge that I have this same tendency – to keep others at a safe distance so that my way of life isn’t too threatened. I’m trying to root this out, to rid my heart of prejudice, and to truly value every person equally. But it requires humility.

One of the reasons I believe we can’t get over our racism problem is because, as self-preserving sinners, we’re all so stinkin’ defensive. Me, racist? Me, prejudiced? Oh no, nothing like that could exist in my heart. It’s those other people, with the hoods on.

Meanwhile, we avoid the parts of town that don’t look like our neighborhood and we keep throwing our support behind the politicians and influencers who will do the best job of preserving the way of life I’ve come to enjoy.

We even brag about being “color blind.” Oh, I don’t really see color, I just see a human… The problem with this is that it denies the experiences and realities that belong to people of every color. Color-blindness is actually part of our problem. I really need to see your color because I want to have a clearer vision of a multi-colored world where everyone is truly equal.

Here’s what I’m getting at. My vision of a truly diverse world that celebrates the equality of all people is clouded by my own sense of privilege, of losing the comfort of the way of life that has treated me quite well.

For one year, we lived in a condo in southern California. My next door neighbors were a sweet French couple. Across from me were an African-American family and a multi-ethnic family. We were, in that neighborhood, the minority. We shopped in malls where most of the people around us were Asian-Americans and we attended a church where at least 67 languages were spoken. I was glad that my kids experienced that kind of diversity. They’re going to experience it again someday in heaven where people from “every tribe and tongue” will be gathered. And I’d love for them to experience a world, here and now, where everybody gets along as true equals.

But I think we still have a long way to go.

At least I do.