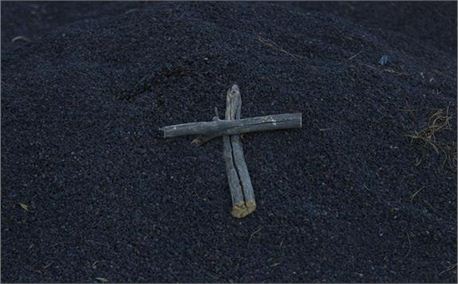 In 1975, Bill Hybels assumed the leadership of a fledgling church plant that would grow into the rather influential Willow Creek Community Church. Under Bill’s leadership, the church pioneered many concepts in the seeker-sensitive strain of worship and ministry. In 1997, Bill and his wife, Lynne, co-wrote Rediscovering Church, an inside look at how the church grew from 100 to 15,000 in weekend attendance.

In 1980, Rick and Kay Warren relocated to Orange County, California to launch Saddleback Church. In 1995, Rick released The Purpose Driven Church, which spelled out the purpose driven paradigm and philosophy of ministry, one of the most transferred church models in history. It also told the story of how Saddleback had grown from seven people to well over 10,000 in weekend attendance (as of the mid-1990’s).

Because both churches emerged as influential institutions in evangelicalism at about the same time, and because both churches publicly espoused what each called seeker-sensitive worship, both have often been lumped together as carbon copies of each other. Actually, there are dramatic differences between the models. Not long ago, the Reveal Study demonstrated that Willow Creek had struggled to produce lasting change in the lives of new believers. Bill is an excellent leader, so he and Willow Creek are adjusting the way they do church and I know God will continue to bless their turnaround, as He already is.

Because both church created widely followed methodologies, the seeker-sensitive approach to worship has been talked about plenty in the last twenty years. Saddleback no longer even uses the phrase, primarily because it’s been hi-jacked by leaders who expect nothing of believers and really do choose to water down the gospel and minimize the “all in” commitment required of every believer.

Having served on staff at Saddleback, I can tell you personally that being purpose driven is far less about a worship style than it is about having an intentional process for moving people forward toward spiritual maturity, ministry, and mission. There’s a great backstage video interview with Rick Warren in which he explains why Saddleback is concerned about moving people from “come and see” to “come and die” and you can watch it here.

In 1985, Paul Chappell became the Pastor of Lancaster Baptist Church in the high dessert of southern California. The church has experienced phenomenal growth over the years and has produced visible change in the lives of thousands of people and the surrounding culture. Pastor Paul and one of his associates, John Goetsch, co-authored a little book entitled The Savior Sensitive Church that offers a critique of the seeker-sensitive movement, at least as a whole. I’ve read it, a couple of times actually, and while I don’t agree with some of the specific convictions at which Drs. Chappell and Goetsch arrived, I do think it’s a great book with brief but powerful insights. (By the way, it’s important to read more than just the guys we agree with in totality or we’ll never challenge our assumptions or grow beyond our current experiences.)

It’s very easy for us to get the impression that there are two sides to the debate over how to do church. It would seem there is the seeker-sensitive angle, then the Savior-sensitive. Or there are those who are all about evangelism and growth to the neglect of biblical discipleship and then those who are all about discipleship to the degree that they become totally insensitive to seekers. In fact, I think it’s often easy for us, as leaders, to peg other leaders as one or the other and then begin to criticize according to our preconceived assumptions. Therein lies the problem.

I’ve read all three books. I’ve studied all three of these churches. And I’ve learned a great deal by watching the ministries of Rick Warren, Bill Hybels, and Paul Chappell. I chuckle inside when someone asks me, “what do you think of (fill in the blank with some well-known Pastor)?” and I often reply with, “I’m a big fan, and here’s what I learn from him.” For some reason, we have the impression that if you learn from John MacArthur, you can’t possibly be fond of Rick Warren. Or if you learn from Rick, you can’t possibly be fond of John Piper. After all, these guys are… different!

When I was in Bible College, that’s how I thought. In fact, I still read and hear the discussions of young, eager seminarians who know far more than people with decades of experience doing the very same thing. Listen to a guy preach. Hear a catch phrase or three. Brand him as weak, strong, heretical, soft, worldly, etc. Then criticize everyone who listens to him. My mind is drawn to Paul’s rebuke of this kind of thinking in the Corinthian letters. He made it clear that God never intended for us to line up behind our favorite leader, such as Paul or Apollos, and create imaginary lines of demarcation between “our camp” and “their camp.”

You also need to learn from John MacArthur to stay in the study longer to feed people from the depth of God’s Word. You need to learn from Chuck Swindoll about communicating with humor and grace the gospel of Jesus. You need to learn from Al Mohler how to silence skeptics, from Jack Hyles and John R. Rice about being constantly conscious of lost souls around you, and from W. A. Criswell about having a passionate, unwavering commitment to the full counsel of God, from Andy Stanley about systems, and from Craig Groeschel about communication in a technological age.

You need to hear the passion of Chrysostom and Athanasius about standing against heresy. Adrian Rogers can teach you about packaging God’s Word in a relatable, understandable way. Charles Spurgeon will teach you about unction. John Wesley and George Whitefield will fire you up to get on a horse and go to the furthest hamlet to thunder forth the gospel.

Some of these guys are Calvinists, others Arminian and some Wesleyans (particularly that Wesley guy). Some have been revolutionary, others have gone practically to their graves defending truth. Learn from them. Repent of the arrogance you have about your camp, and open your ears.

With all of that said, let me return to my original discussion. My hope and desire, as we plant Grace Hills Church, is to be both Savior-sensitive and seeker-sensitive (though I don’t like the latter phrase anymore either because of its misuse). We need to be Christ-centered in our theology as well as our methodology. We need to walk in wisdom toward those that are without (those would be seekers). We should start with the cross, identify with the needs of lost people, and develop people into fully devoted followers of Christ.

Not all debate is bad. It can yield good self-evaluation and out of the dialog can come healthy change. But debate isn’t the priority Jesus gave to the church just before He ascended to heaven. Making disciples of everyone on the planet is. So let’s get started.