In Temptation, Hit the Eject Button 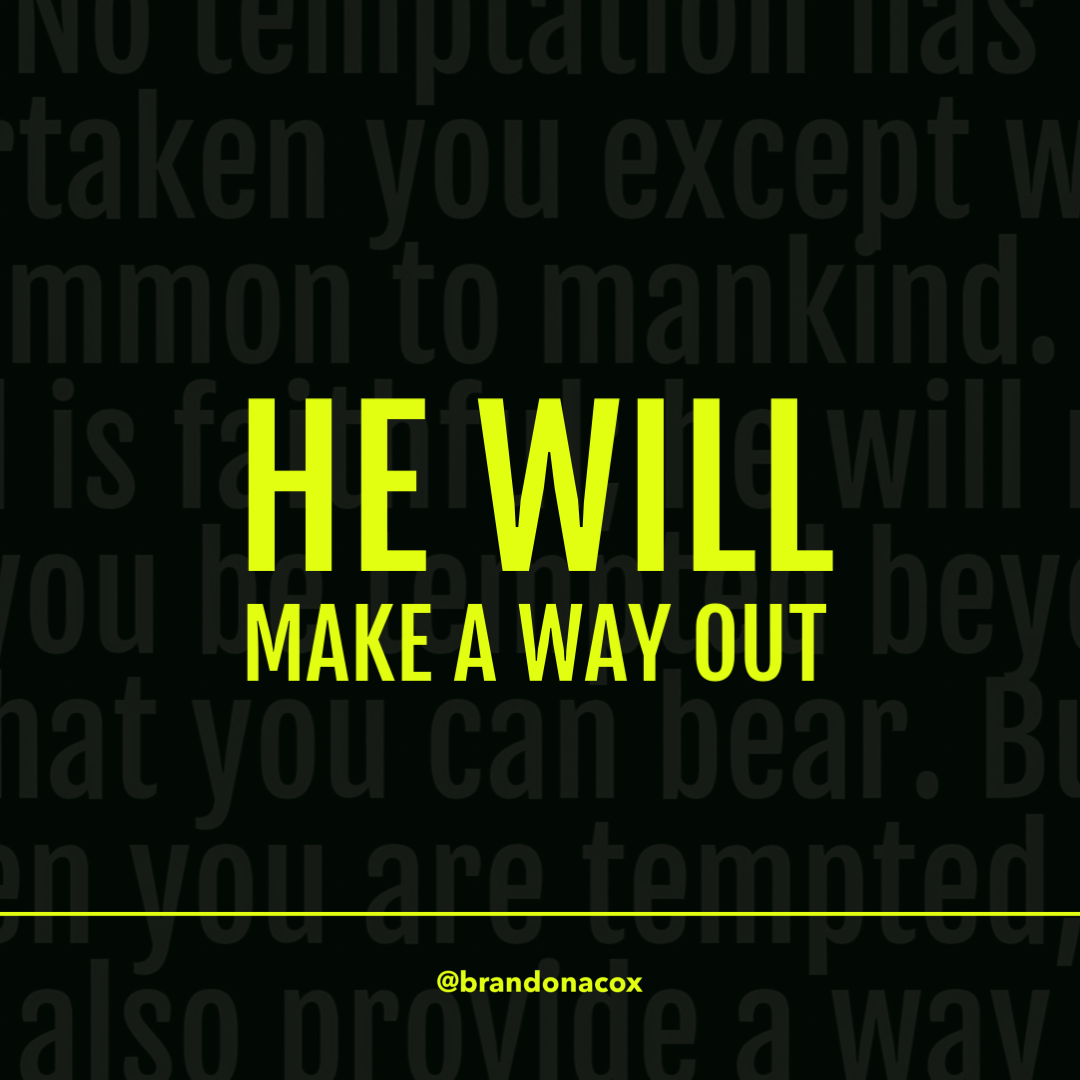 Did you hear about the man who accidentally ejected himself from a fast-flying fighter jet at 1,300 feet off the ground? Yeah, scary! He wasn’t a trained pilot and the flight was a surprise retirement gift from some friends, but when he floated out of his seat due to the 3.7g of force from the takeoff, he panicked and grabbed the ejection handle.

He lived, as did the pilot, whose seat should have ejected along with his passenger, but due to a malfunction, was able to stay in the plane and land it safely.

While it’s never good to accidentally eject yourself from a jet mid-flight, that’s exactly what you should do when you feel tempted. Paul put it this way:

No temptation has overtaken you except what is common to mankind. And God is faithful; he will not let you be tempted beyond what you can bear. But when you are tempted, he will also provide a way out so that you can endure it.

He will make a way out!

In other words, don’t fight temptation in the power of your flesh. Willpower isn’t enough, at least not long term. The very best thing you can do when you’re tempted to sin is to run, to flee, to pull the eject handle and get out of whatever situation you’re in.

In practical terms, that might mean telling someone about an inappropriate relationship, calling for help when you feel like harming someone else, or shutting your laptop and telling someone you were considering looking at pornography.

God didn’t promise you that you’d always be strong enough, on your own, to handle temptation. But he did promise that there would always be an escape lever, and there always, always is one.