I Want to Be the Pastor on the Bridge 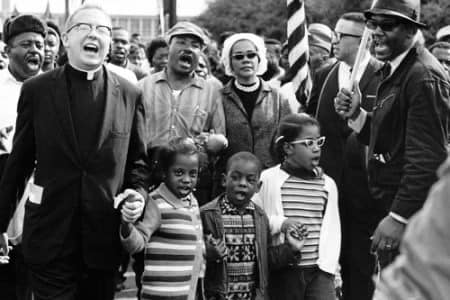 Every time I read a book or watch a movie about the 1960’s I ask myself, which group of white people would I have found myself amongst if I were an adult through the Civil Rights Movement?

I’d want to be on that bridge.

I’d want my kids to know that I was on that bridge.

I’d want my black brothers and sisters to know I was standing up and marching with them.

The death of George Floyd migh very well mark a tipping point into a new civil rights movement that shouts that “black lives matter.” The movement of the 60’s and 70’s showed us all how wrong overt white supremacy is. This new movement will expose the evil of systemic racism and injustice.

You can disagree. You can divert your attention with whataboutisms and outright denials. You can wish people would just shut up, stay home, and stop causing trouble and division.

I’ll still love you. I’ll still see the image of God in you. And in 30 years we and our children will know which was the right side of this movement upon which we should have stood.

As for me, I’m going all in on standing by the most vulnerable, not the most powerful.