What You Should Know About Rick Warren's Worldview 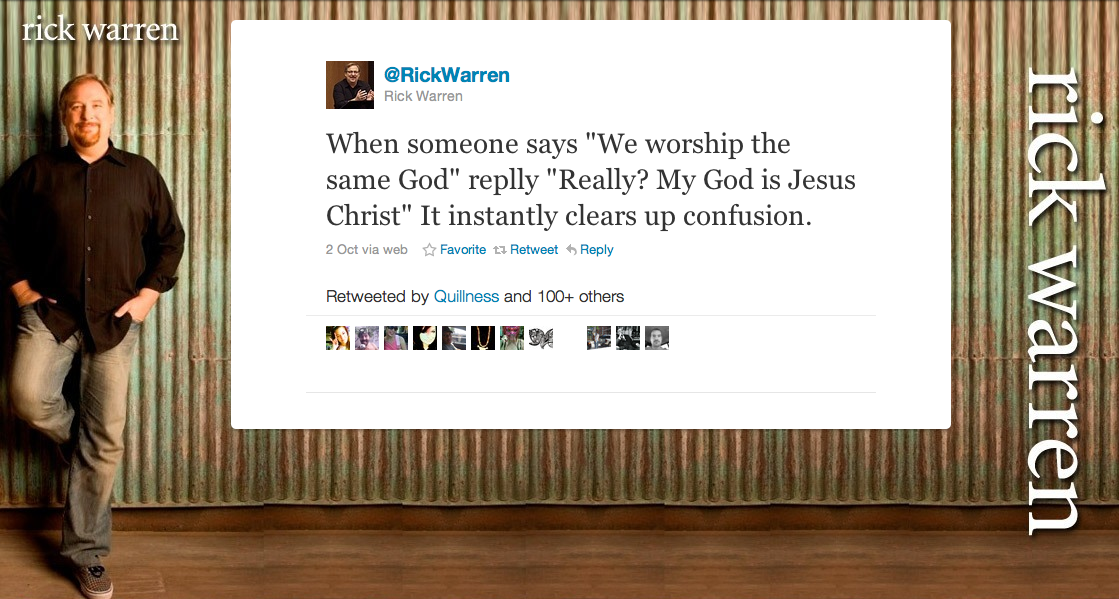 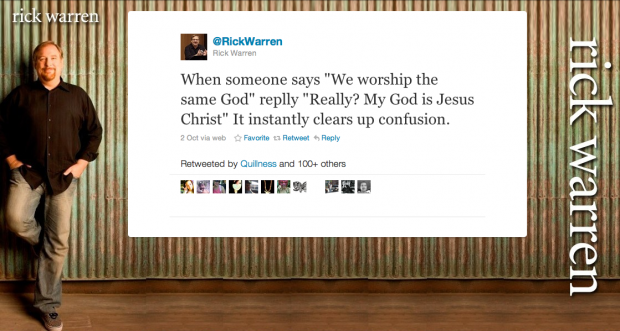 For some time now, I’ve been serving as a Pastor to Saddleback Church’s correspondence team, a group of dedicated staff and volunteers who answer over 100,000 emails per year about a range of subjects. Not a week goes by that I don’t see an email (or twenty) asking for Pastor Rick’s response to what someone said in criticism of his views on a variety of subjects.

The early Christians were once accused of cannibalism by the Roman officials because of their image as a secret society whose leader challenged them to “drink His blood” and “eat His body.” In fact, Jesus was often misquoted and maligned by leaders who abused the fears of the masses to rally supporters to their cause. It’s very easy to be misunderstood and, as with any evangelical leader, there will be plenty of people on the fence as to what to believe.

A believer in Jesus Christ should seek the truth above all else. We have to be careful as Christians, who at one time were the most understood sect on the planet, not to be quick to believe gossip. We should extend the benefit of the doubt until actual evidence of false teaching is offered. Or as James put it, we should be “quick to hear, slow to speak, and slow to wrath.”

Some of my greatest heroes include Athanansius (who protected early Christendom from Arian teachings), Charles Spurgeon (who offered observations on the theological “downgrade” of his day), and W. A. Criswell (who defended the inerrancy of Scripture when his denomination was involved in theological warfare). I definitely recognize the necessary role of discernment in the Christian life and my own worldview is rock solid. And having spent time with Pastor Rick, having read all of his books, and having listened to many of his messages, I feel confident of these things… Pastor Warren believes the Bible and believes that Jesus is the eternal Son of God who died for the sins of the world and rose again and who is the only Way to heaven and source of Truth and Life.

But I can also assure you that Pastor Warren is deeply concerned for the lost and wants everyone to be reached for Jesus. In fact, it’s this passion that often draws criticism. He’s been willing to cross boundaries, break barriers, use methods, and form relationships that many other believers would avoid out of a fear of criticism.

My plea is that we would work together to genuinely promote this worldview so that all may hear, and so that all may have an opportunity to see that what we ultimately believe as Christians is that “God so loved the world that He gave His one and only Son, that whoever believes in Him would not perish, but have everlasting life.” ~ [youversion]John 3:16[/youversion] (emphasis mine)

Let me throw some challenges out…