Rick Warren Is a Bridge-Builder, Even With Muslims 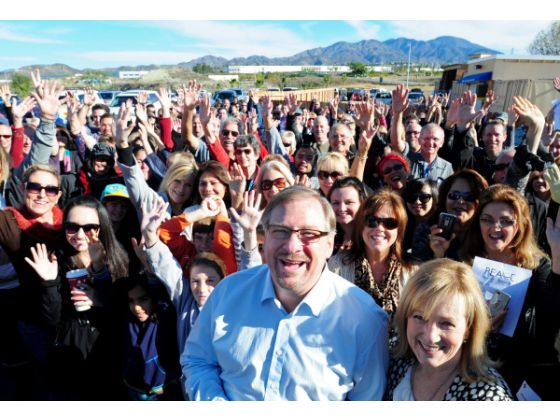 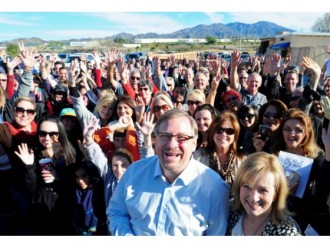 photo via The Orange County Register

It wasn’t long ago that I wrote a response to critics claiming that Rick Warren endorses “Chrislam.” My frustration then remains my frustration now, namely, that people will follow their first impulse, believe whatever comes up in Google, and assume the worst in the name of discernment, which is ironic since real discernment is about digging for truth instead of believing a first report.

The latest debacle surrounds a partnership between Saddleback Church and the Muslim community of Orange County, as reported by Jim Hinch in the Orange County Register. There are people who are constant critics of Rick and I fully expect, with any major news story, they will highlight minor points and twist them to fit their preconceived idea about Rick as the pseudo-evangelical heretic. God will handle such critics in His own way and time, as He sees fit.

I’m more concerned about the evangelical leaders who, because of those outspoken and overly-harsh critics, will be questioned by their church members every time they quote Rick or refer to him in some way. After the sermon, someone will ask the Pastor, “Are you sure you want to be following a guy who… supports Islam? promotes ‘Chrislam?’ embraces higher mysticism? etc.” To you, who courageously lead your churches and love Pastor Rick, I want to share some clarity.

Theologically, there are two points that surface repeatedly among questioners. One surrounds the verbiage that Christians and Muslims worship the “same God.” This is a rather poor choice in terminology, but the misunderstanding is understandable. What Saddleback really affirms is that both Christians and Muslims are monotheists – that we both worship one God, and that the deities of which we both speak share many similarities. Neither the Christian leaders, nor the Muslim leaders involved in the discussion have ever affirmed that Jehovah and Allah are the “same God.”

So “we both worship one God” is easily interpreted as “we worship the same God” but wrongly so. There is simply an affirmation that both Christians and Muslims are monotheists. Pastor Warren and Saddleback still affirm, without reservation, that Jesus Christ is the One and only Savior of the world. But the point of the discussion between the two groups wasn’t to point out differences but to point out similarities, not for the purpose of highlighting sameness between the two religions, but rather the ability for the two religions to tackle issues, side-by-side.

You may disagree with this approach. You might feel that Christians shouldn’t work alongside Muslims, even with differences clearly stated, to accomplish common goals. Disagreeing with this approach is acceptable, branding Rick Warren as a false teacher is not. Disagree with Pastor Rick’s methodology if you wish, but don’t misrepresent his theology, which is clearly Christocentric.

The second point with which people have had questions pertains to an agreement between Saddleback and the Muslim community that “we will not try to convert one another.” Leaders have questioned, does Rick not believe in the necessity of evangelism and the Great Commission? Does he not see conversion to the faith as necessary for entrance into eternal life with Christ?

Again, based on Rick’s track record of having spent over thirty years building a church that constantly shares the gospel (the death, burial, and resurrection of Jesus Christ and salvation in Him alone by grace alone through faith alone), continually baptizes far more new believers than their critics, and having sponsored the planting of churches around the globe, I would assume the benefit of the doubt might be extended to him. But since the question has been raised, let it be understood that Rick Warren unequivocally espouses the necessity of evangelism to the life of Christianity, to the vitality of the church, and to the gathering of all nations to Jesus Christ.

It is the method of evangelism that becomes the important issue. Saddleback is merely challenging Christians to state the truth of their faith, share their story, and demonstrate the love of Jesus. Out of this kind of living, without any manipulative or coercive tactics, people of any non-Christian background will be enticed to ask more questions. Not once has Rick encouraged Christians to hide their faith or obscure the specific nature of their salvation experience. On the contrary, Saddleback regularly trains thousands of individual believers in how to share their faith while believing that the gospel, in an of itself, can be entrusted to a sovereign God to draw and save those who are willing to seek and ask.

In other words, we don’t have to “get people to convert.” Our obligation, according to the Great Commission, is to go and tell all the nations about the gospel of Jesus Christ, leaving the results entirely in the hands of the Holy Spirit. The Great Commission is not about getting people to exchange one religion for another. It’s about sharing the story in both word and deed and demonstrating the irresistible, life-changing power of Jesus Christ.

Any time a leader like Rick Warren steps outside of the comfortable bubble of our evangelical tribe to extend a hand of friendship to a people with such different beliefs, the rest of us feel a little shaky, perhaps even a little afraid of what might happen if we totally opened our hearts and arms to those on “the other side.” Our sense of hoping to preserve the safe distance between us and them is, perhaps, the greater problem in this story. Jesus once challenged an entire generation of Jewish leaders to consider forsaking their legalistic safety zone to embrace prostitutes, tax collectors, and Samaritans. Maybe He’s still challenging us today…