If I Could Master One Thing, It Would Be My Tongue 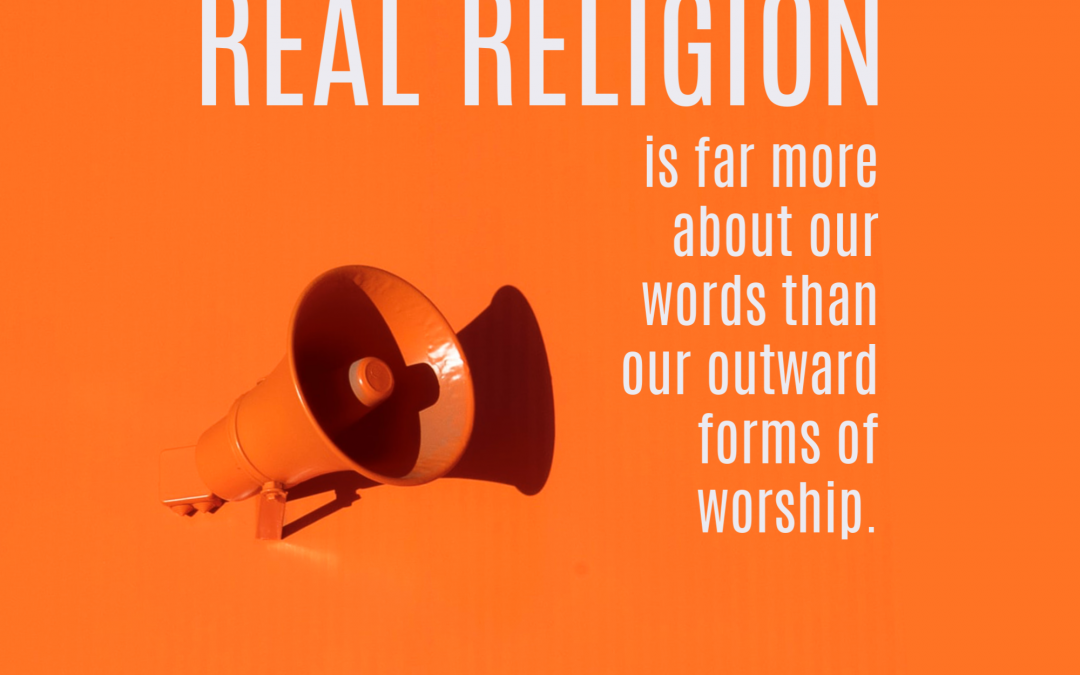 It’s easy to be religious. All you have to do is perform some rituals. Attend church (or some kind of worship service), give offerings, say some prayers, maybe get baptized and take communion. Easy.

It’s hard to be kind when people are not kind to you. It’s hard to forgive when you’d rather get even. It’s hard to keep confidences instead of sharing the juicy gossip. It’s hard to answer someone softly when they’ve pushed all your buttons.

But James tells us that real religion is far more about our words than our outward forms of worship.

Those who consider themselves religious and yet do not keep a tight rein on their tongues deceive themselves, and their religion is worthless.

Notice that he doesn’t say religion is bad. It’s not wrong. It’s just powerless if it’s simply a pile of rituals without the rule and reign of grace over our hearts.

Religion works when we allow faith and grace to have their proper fruit in the transformation of our lives. Have you been transformed? Perhaps the easiest way to tell is, what kind of grip do you have on your own tongue?