What the Church Ought to be FOR Today 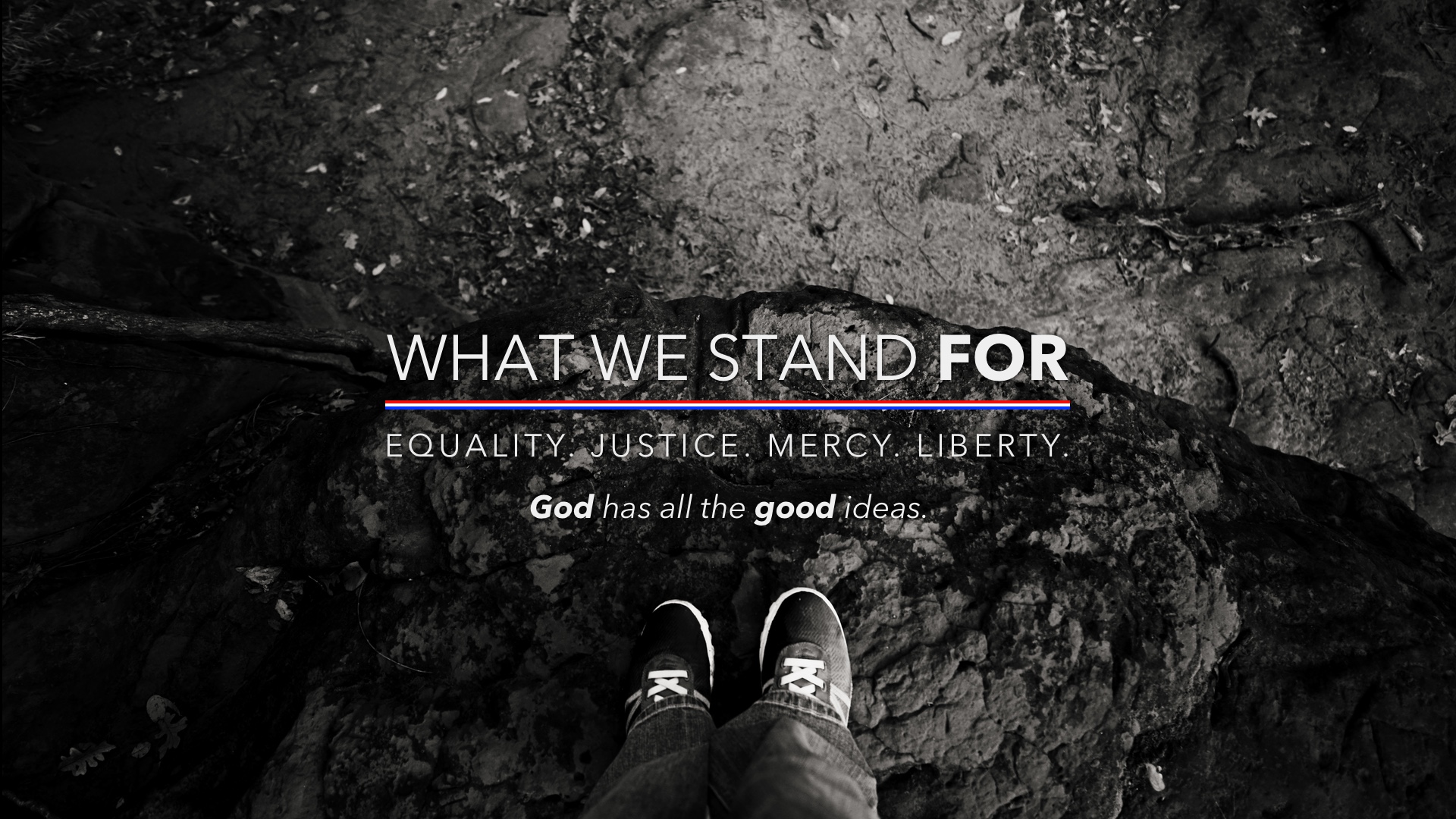 As I write this, it’s the morning after a dozen police officers were shot, five of them fatally, sacrificing themselves to defend the freedom of people to protest. It’s been a terrible few days for America.

Ironically, before any of this began, I had begun preparing the first sermon in a new series of messages we’ll be preaching at Grace Hills starting on Sunday, July 17 called What We Stand FOR. In a time when the church’s brand seems to have developed around all the stuff we’re against, what are the things that we, as followers of Jesus, are actually for?

I wanted our church to speak prophetically, with truth, grace, and hope, to our community and our culture in one of the craziest election years in the last century of American history. I’m realizing now that the timing of the series is a gift from the Holy Spirit. There’s never been a more appropriate time for us, as Christians, to ask ourselves what Jesus wants his movement, his people, his Kingdom to stand for.

The four major topics, again, chosen before the events of this week, seem quite appropriate for us to re-discover. I believe they reflect the values of Scripture, as modeled and taught by Jesus, and as exemplified by a freshly commissioned early New Testament church. They are timeless values that have the power to bring redemption and healing to a broken humanity…

These are all good ideas. And they were originally God’s ideas.

We stand for Equality

God thought up humanity. He thought you up, along with every other person on the planet. And because we all bear God’s image – old, young, born, unborn, rich, poor, male, female, slave, free – we possess inherent dignity, worth and value. So the church, carrying out the mission of Jesus in this world, stands for the equality of all people. We’re all precious to the Creator – so much so that he sent his Son, Jesus, to pay a ransom for all of us!

James the Just, the brother of Jesus, understood the principle of equality and drove it home in his general epistle to the dispersed Christians of his day. He challenged us to reject favoritism and prejudice and to practice something America needs now more than ever – empathy. We are increasingly, as a society, slow to listen, quick to speak, and quick to get angry. But James urged the opposite. Be quick to listen. Be slow to speak. Be slow to get angry.

As I wrote a couple of days ago, all human life is precious.

We stand for Justice

It was the prophet Amos 5:24 that Martin Luther King, Jr. quoted when he said, “But let justice roll down like waters, and righteousness like an ever-flowing stream.” (NRSV) God is just, and justice was his idea. Not only will God render justice for all of the sins of humanity, he will bring to justice all who oppress the disadvantaged. We stand for justice, especially on behalf of those who can’t stand up for themselves.

We stand for Mercy

Mercy is the act of giving good things, including forgiveness, to those who don’t deserve it or who can’t pay it back. God spares us because he loves us, out of mercy. And he commissions us to go and be agents of his mercy to the rest of the world. We stand for mercy for the oppressed. We believe in mercy so much, in fact, that we give our time, our talent, and our treasure to serving people and helping people who can’t necessarily help themselves.

We stand for Liberty

Jesus was the great Liberator, setting free all who were enslaved by sin who would come to him by faith. We believe in liberty and in freedom. And we also believe in restricting our personal freedom, of our own free will, for the good of other people. The church is on a mission to free captives, whether those in literal slavery or those living under the weight of spiritual bondage and addiction.

In times like ours, we need the Prince of Peace more than ever. And he has commissioned us to go in his place, as his hands and feet, and extend the reach of his Kingdom and its values to everyone who will hear us. We carry out the ministry of the Anointed One…

The Spirit of the LORD is upon me, for he has anointed me to bring Good News to the poor. He has sent me to proclaim that captives will be released, that the blind will see, that the oppressed will be set free, 19 and that the time of the LORD’s favor has come.

Let the church rise up to speak truth, extend grace, and show radical love to everyone around us so that all the world will know the One whom we follow!