DLP #007: How Christian Entrepreneurs Are Going to Change the World 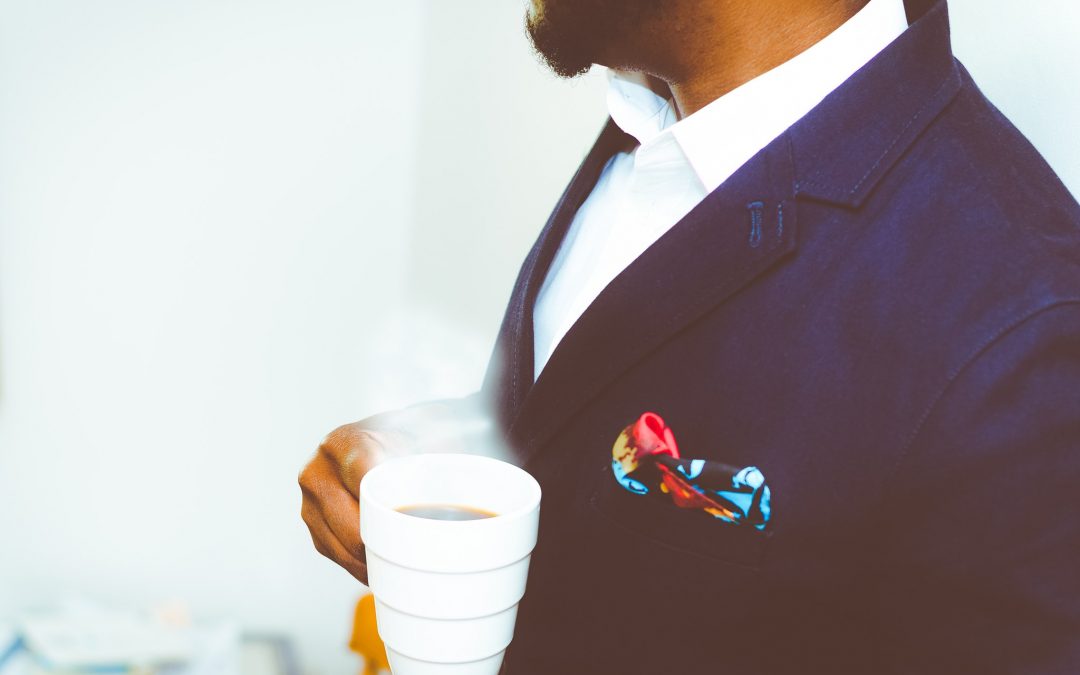 The idea of a strict separation between sacred and secular is not a biblical one. Neither is the separation between “clergy” and “laity.” When you follow Jesus, you’re part of his kingdom in every realm of your life, so living out a Christian ethic and pursuing excellence and success in the marketplace by serving the needs of others and becoming generous is one way of positively impacting the world and drawing others to an understanding of God’s love for them. So let’s get past the stigma, break through our fears, and do this well!

Christian entrepreneurs are going to change the world.

In Christian church history, there have been periods of time when the church has really created a strict dividing line between clergy and laity; that is, between professional priests, pastors, and ministers versus all of the “ordinary” members who are not called to a particular church office. I hope that we lose that because every Christian is a servant, a minister.

We serve other people wherever we go, not just at church on Sunday.

We also shouldn’t compartmentalize our faith. Most of us believe that we go to school for our education, to work for our money, and to church for our religion. But faith doesn’t work that way. It affects everything. When I submit my life to Jesus as King, he takes over as King of everything. So you need to live an integrated, whole life.

This issue matters deeply to me, and it’s highly relevant, because God has put people in all kinds of positions of influence within society. In fact, he positions each and every one of us where we are to impact other people. He didn’t ask any of us to be an island unto ourselves, or to not have influence, or to not affect the world or the culture around us. I don’t believe he called us to isolate and withdraw and live life behind a wall and barricade ourselves off from the non-Christian world around us.

Personally, I feel strongly led to support and serve people in two particular positions of influence: pastors and entrepreneurs.

I highly respect those who subscribe to the school of thought that there should be nothing professional about Christian ministry. I understand where you’re coming from. I’ve read John Piper’s book, Brothers, We Are Not Professionals. It’s a great book. It reminds us that we’re not just here to analyze markets and produce numbers. I completely agree.

I also believe, however, that entrepreneurship is essentially a matter of being creative, and we can reflect the glory of God when we get creative.

I also believe that Christian entrepreneurs who are not working in the “church” space should think more ministerially. If you’re successful in business, if you lead people, if you start things, if you earn money, if you influence your community or your culture in the business world, then you ought to be seeking ways to serve other people and to share your faith with people in loving ways.

In the New Testament, we see Paul talking about being a tentmaker – being bivocational. We think of bivocationalism today as a necessary evil – something some pastors have to do because their churches are too small to pay them a full-time salary. Certainly there are those cases, and thank God for the men and women willing to serve in that role!

But I think we should begin to make room for a kind of bivocationism where we encourage pastors and church leaders to be entrepreneurial and to filter into the marketplace alongside everyone else in creative ways, while still faithfully remaining committed to church leadership as a primary calling.

This matters because, society’s foundations tend to rest on seven major pillars, and the church is only one of them. Like dominos, if you can move these seven pillars of society, then you can move society in a new direction.

The seven pillars of society are:

The idea is  that if we can influence several of those pillars – government, media, arts, business, education, religion, and family – then we can tip all of society in a certain direction.

God’s Kingdom is very subversive. Ed Stetzer wrote a book some years back called Subversive Kingdom. I would pair it right with Scot McKnight’s book, The King Jesus Gospel. Those two books really frame well my own viewpoints of what the Kingdom is.

The Kingdom of God is not of this world. It’s not one of the seven pillars. Religion is humanly established. It’s organized. It’s regulated. There are rituals or things that we manage from a human perspective, but God’s Kingdom, the Bible says, is within you. It’s invisible.It’s basically the rule and reign of Jesus. Wo everybody that says, “I follow Jesus” is part of the Kingdom of God.

God has called us to move as agents of his Kingdom and serve and influence the marketplace.

The Church tends to lag behind. Whatever the world around us creates, we recreate fifteen years later and 85% as well. You see this in Christian film. You see it in Christian entertainment. We often give a free pass to very poor quality because we figure, “Well, this is the Christian version. It’s not supposed to be as good.” We just lag behind, and we wait for the marketplace to tell us what to do.

We need Christians to step into a leadership role – not a domineering leadership role, but instead as servants who contribute to the flourishing of humanity.

1. We need people who will live out a Christlike ethic in the marketplace.

All of that originated in the mind of God and in the mind of Jesus, and so businesses that are committed to solid ethics, to honesty, to truth, to generosity, to charity stand out in an age of corporate corruption and greed.

2. We need people who will serve others in Jesus’ name in the marketplace.

Zig Ziglar was very successful and became very wealthy by the end of his life and yet still managed to be, even though he was a motivational speaker and a great salesman, very humble and very Christlike in his life.

Zig used to say, “You’ll have everything you want in life if you help enough other people get what they want.”

So we need servant-hearted, generous leaders who will elevate others.

3. We need people who will create wealth from the marketplace to support missions.

When I hear about Bill Gates, Warren Buffett, or so many others who have made millions or billions of dollars and then have established foundations and trusts in their name whereby they can continue to distribute money through charitable causes throughout the years to come, I think that’s awesome! I think we ought to celebrate that, and I think we ought to duplicate that, that Christians.

If we really have a desire to eradicate AIDS and other diseases, to improve education, to tackle issues like poverty and healthcare around the world, and if we really want to plant churches, raise up leaders, and share the Gospel everywhere that we possibly can, then we need to be creating wealth from the marketplace that can be given to missions.

4. We need people to be creative thought leaders in the marketplace.

This goes back to the idea that we shouldn’t just sit around and wait for the world to invent everything. Christians should feel the freedom to be innovative.

Innovators change the direction of society. When you think about the most influential people in history, so many of them were innovators. We know who Gutenberg was because he invented the printing press, and out of the printing press came all of the books and libraries and the bookstores that we know today.

Christians ought to be right in the middle of shaping the culture around us. We shouldn’t be afraid of science, psychology, and other various disciplines but instead, fully engaging and being creative thought leaders in our marketplaces. This kind of engagement will make for better communities.

1. We need to get over our limiting beliefs.

I just could never do anything great.

I’m not supposed to be earning money.

I shouldn’t be thinking about my potential.

2. We need to cut through the stigma surrounding success and wealth.

We need to move beyond the stigma surrounding entrepreneurship. This is not about getting rich quickly, or having tons of money so we can go on a permanent vacation and never work again. Where’s the influence in that?

But entrepreneurial acumen, when cultivated properly, contributes something very valuable to the culture.

3. We have to overcome our fear.

4. We have to think about the potential.

We need to think about what society could look like if Christians felt empowered to apply their faith in every facet of life. What would it look like for Christianity to influence the world around us?