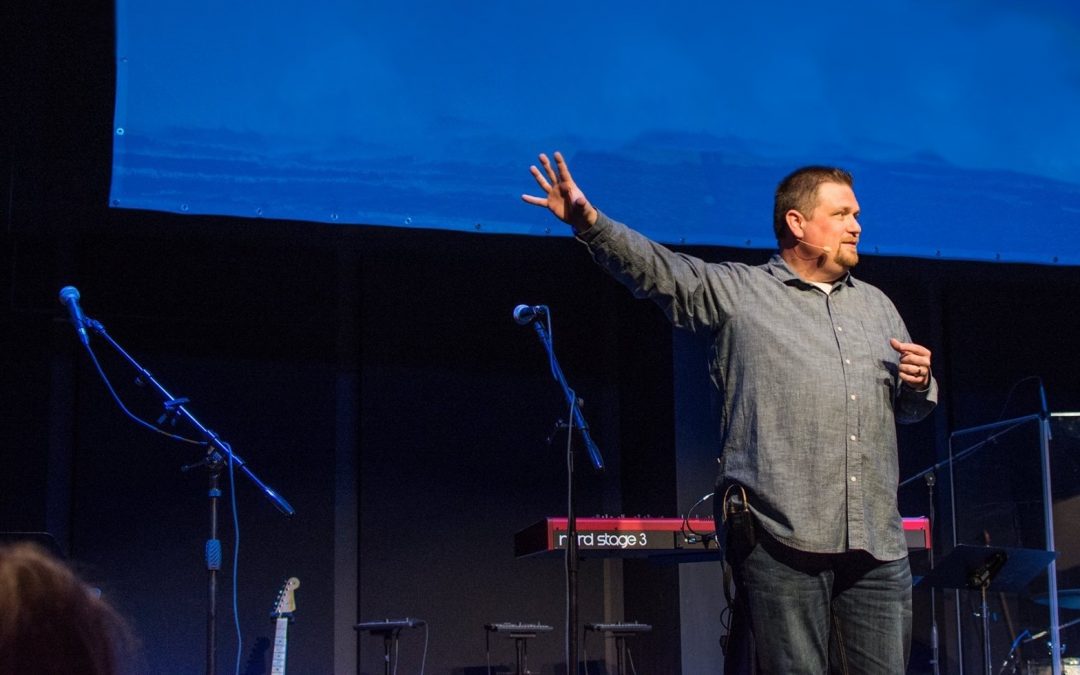 Read the Article Version Below

[Adapted from the Transcript]

More than ever before, we’re watching as people of influence – people who influence their world, their community, their church for good – are struggling.

Over the next few posts, I want to talk about six forces killing our leadership today, as well as some solutions for each.

I want to start off today by talking about a lack of identity and how that affects us as leaders. I also want to talk over the coming weeks about burn out, about mental health issues, about apathy, and how to get your passion back. I want to talk about marriage and relationship issues in the life of the leader. And I want to talk about some limiting beliefs.

But I want to start off today by talking about the issue of identity. How is it that you, as a leader, come to know who you are?

What he meant was we often decide whether we’re successful or not based on what we have. I have possessions. I have prestige. I have power. I have a position. So on. And the problem with that is you can’t have until you do certain things.

I love what Zig said. I think he’s spot on, and I want to just follow that train of thought for a minute and talk about what I think are some wrong sources of identity.

We live in a culture obsessed with numbers. We’re inundated with annual reports of the largest and fastest growing churches. And if you don’t have a strong sense of identity, all of that can affect you by comparison.

You start to just kind of compare your blooper reel to everybody else’s highlight reel. Social media doesn’t help, but it’s not the problem either. It’s ultimately an identity issue.

I think we also root our identity sometimes in our achievements, and the danger in that is, when my achievements don’t stack up enough, I feel a loss of identity. Or when I walk through failure, I forget who I am and I go, “Am I really right about this?” If all of my achievements are what prop up my identity, I think I’m in trouble.

My mom used to work for a guy that had what he called an “ego wall” in his office, and it was a wall that had all of his degrees and certificates and awards and letters from famous people. He had articles that were written about him because he had worked on some high profile cases. Whenever he would get down, he would look at that wall, and it would remind him of all of his accomplishments.

Another source of identity that is unhealthy is when we identify ourselves according to a tribe, according to the camp that we fall into. In other words, there’s a group of guys out there, a group of fellow peers, colleagues, and they all tend to believe certain things. They all tend to say certain things, behave in a certain way, and we get worried that if I don’t believe or behave or talk in the same way as they do – if I don’t criticize the same people as they do – I won’t fit in anymore.

Tribalism is a terrible source of identity because, what if the whole tribe is wrong? What if you need to break apart on an issue? You need to have a strong enough identity at the end the day to refuse to be driven by their approval.

Instead, I know who I am from other sources. My identity needs to be rooted in something stronger and more stable than just the tribe or the camp I’d like to belong to or the achievements I’ve accomplished or comparison to other people.

Instead, I say I find my identity in three sources.

The first is creation. I know who I am partly because I was designed uniquely by God. So who I am naturally is part of who I am. That God gave me the capacity to live with passion, to show compassion, to connect with people, to love people, to think and feel and decide and do, to explore, to be an adventurer… All of that comes from who I am by virtue of creation.

I know that all of us have sinned and that the image of God has been marred in all of us, and we need to repent and we need to be restored to who we are originally who God intended us to be. I understand all of that, but we also cannot deny that God’s image has been stamped on every single human being. That there are certain abilities, certain capacities that are just here by virtue of creation.

Whether you’re a Christian or not, doesn’t matter, God has put some good stuff in you. He equipped you for the things he has created you to do, and some of those things are dead and they need revived. And some of those things need fixed because they’re broken. But they’re there, they’re underneath, they’re in the way that God made us.

I also have a sense of identity that flows out of my calling – out of what I believe God has called me to do, the responsibility that he’s given to me. There’s a stewardship responsibility.

So my identity is rooted in part in that calling to steward the opportunities and the resources that I have in my life.

I also know that I’m called to serve and love other people. I’m called to take care of myself, and on the darkest nights of life, when everybody tells me I’m doing things wrong, I can always go back to my calling. I can always remember that it’s God my creator who has called me to a responsibility in my life. So I know who I am by creation. I know who I am because of God’s calling.

I also know who I am by my connection, my relationship with God.

In my church, we often emphasize recovery. We talk a lot about addiction. We share openly about brokenness, and we share our hurts, habits, and hang ups with each other. And one of the things we’re very careful about is making sure that we are defining people by their relationship with God, and not by the things that they do.

In other words, we don’t define people as an alcoholic. We define them as a child of God who struggles with alcoholism.

When I define myself by a negative label, I tend to live up (or down) to that label. So my identity is not wrapped up in what I do or what I’ve done or the failures or mistakes that I’ve made, just as it isn’t wrapped up in my achievements or my accomplishments.

I get to walk around confident in my identity.

So my identity is rooted in those things, not in achievement or comparison or fitting in or the approval of other people.

If my identity comes from these healthy sources, how do I remind myself of that? How do I stay healthy in terms of my identity?

You can read. You can study the Bible. You can connect with others. You can stay in accountability. You can get counseling. There are tons of ways to remind ourselves of who we are. But one of the ones I do is, on a daily basis, every morning, I declare who I am, by verbally and passionately making bold declarations about who I am.

This may sound silly, but it’s powerful. And I want to encourage you to adopt this practice in your own life.

Now you can hear mine and you can adopt some of my language if you’d like, or even better, write your own after a season of prayer and meditation…

I am bought with a price,
cleansed by the blood,
healed by his stripes,
and filled with God’s Spirit!

God’s power is within me.
Satan has no authority over me.
Sin has no power over me.
The world doesn’t define me.
I am more than a conqueror.

I am destined for success.
I am massively blessed.
God plans to prosper me.
I can do anything through Christ.

I do hard things.
I choose peace and joy.
Nothing can stop me
because God is for me!

Here’s what I know – it solidifies in my mind the truth about who I am when there are whispers of lies from the enemy, from the world, from my past, and from my flesh.

In those moments, I am reminded of who I am on the basis of those things that I’ve declared to be true, day in and day out.

I believe that leaders are getting killed – spiritually, emotionally, mentally – and getting wiped out and taken out of the game. And we need to turn it around. And one of the steps on the pathway to turning it around is recovering our identity.