Mourning with Rick and Kay Warren and Family 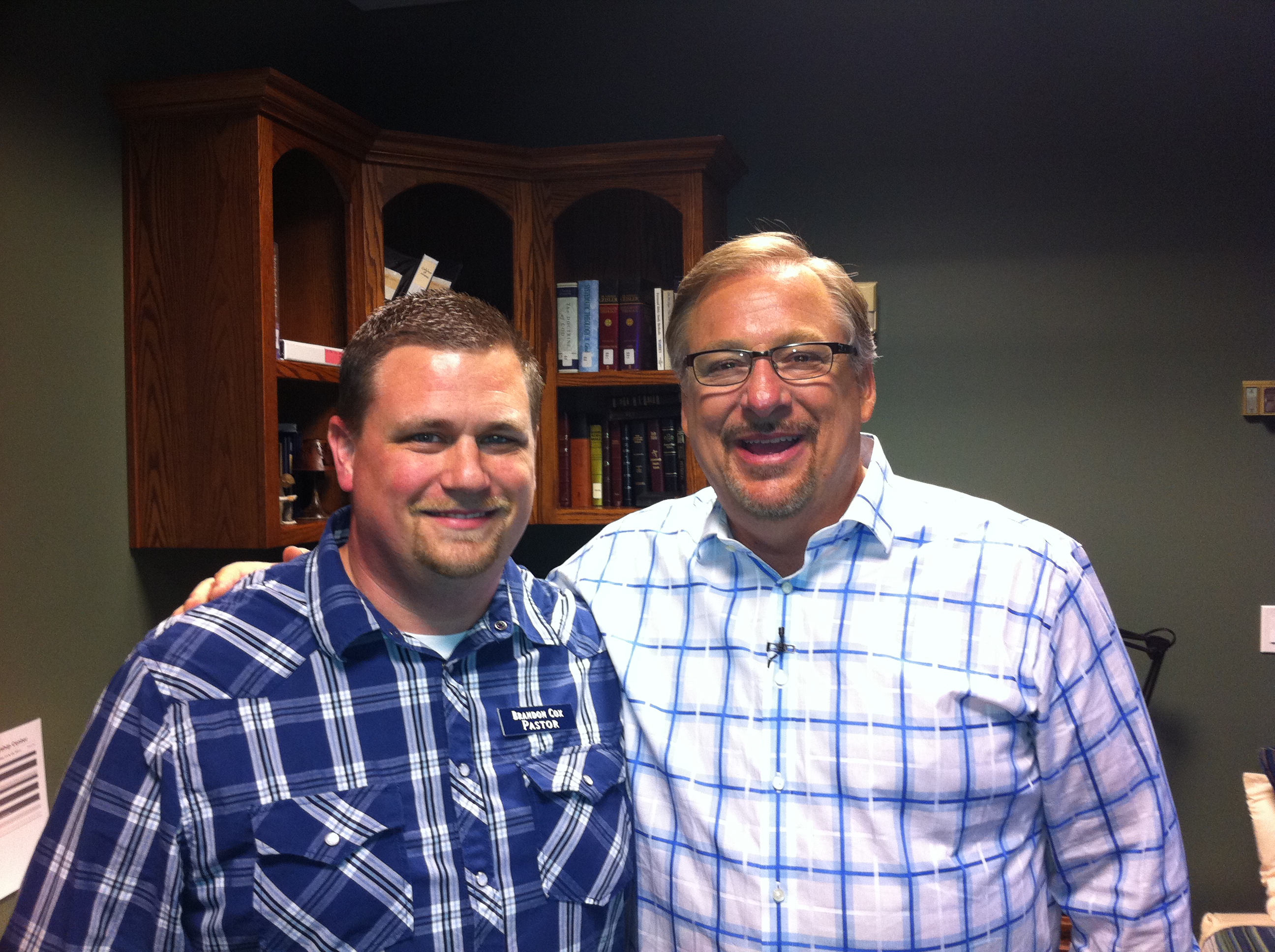 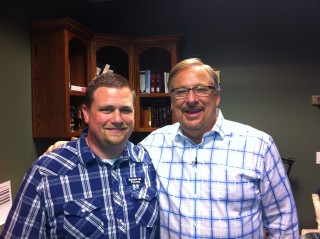 Pastor Rick and I in his study behind his stage at Saddleback on the night he gave me his blessing and many words of wisdom for planting Grace Hills Church.

I’ve started to write this post quite a few times, and each time, I’ve deleted it. It’s hard to know what to say when someone you admire and love goes through something as tragic as what Rick and Kay Warren have endured the last few days. Their son, Matthew, ended his own life at the age of 27 after battling severe mental illness for many years. I have heard Rick speak of this behind closed office doors, asking for prayer and pouring his heart out concerning his love for his son and his trust in his God in spite of not understanding all the reasons why Matthew suffered so terribly.

I believe that Rick and Kay, their other two children, and all of their loved ones will battle an array of emotions for quite some time. But I also believe that the message of hope that Pastor Rick has shared for the last three decades has come from the deep conviction of his heart. Rick believes that “God never wastes a hurt,” and Matthew’s life and death will prove this, perhaps in ways we cannot fully see just yet.

I love the Warren’s and believe that now is a time when God’s people should pray for them fervently. It isn’t that they somehow deserve prayer more than others because of their success and popularity. Rather it is that Rick is a man who has surrendered himself and all that he possesses completely to God, and God has blessed him by using his life to change the world. And because God has given him such a public platform, his private pain is perhaps amplified. Not only do the Warren’s have to suffer through the loss of their son, but they must do so somewhat publicly by virtue of their influence.

There is little that I can personally do to alleviate their pain. In managing the pastors.com website and community, I’ve sought out some voices that deserve to be heard, such as Beth Moore, Geoff Surratt, and Greg Laurie. I’ve received and answered dozens of emails to Pastor Rick sent via pastors.com, all of which have been positive and encouraging. And I’ve also read some of the most cold and heartless comments on the web from people who have decided to use this moment of pain to pounce on the Warren’s.

What I can do is pray, and I believe that prayer is powerful, effective, and meaningful. And I’m inviting you to pray with me as you read this. As we pray for Pastor Rick Warren, for Kay, and for their family…

I can’t imagine their pain. I was in Pastor Rick’s office one day a couple of years ago when he was asking a few of us to pray for Matthew who was at that time hospitalized because of a severe bout with depression. As Rick became transparent and asked a few trusted friends to guard Matthew’s privacy and to lift him before the Father, he also taught a powerful lesson. He explained that life is not a roller coaster with up’s and down’s, but rather a set of railroad tracks where we endure suffering and blessing simultaneously. Pastor Rick never claimed to fully understand the reason for the existence of mental illness. But he did testify to the faithfulness of God in spite of it. Even through tears of hurt for his son, he was teaching powerful truths.

There are only a small handful of men on the planet that I consider to be my pastors, and Rick Warren is at the top of the list. So I’m praying for my Pastor and his family today, and I’m inviting you to pray with me.