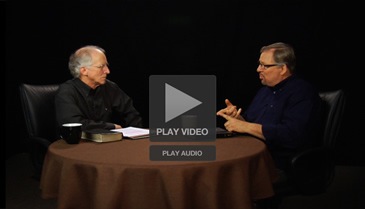 For the last year, I’ve gotten daily reports on the mentions of Rick Warren, Purpose Driven, and Saddleback Church. Sometimes I respond in some way, but most of the time we just like to know what’s on the radar. What upsets me is that there are so many believers who sit perched like vultures waiting on Christian leaders to say anything that can be gossiped about in the name of “discernment” or “exposing” error.

I’ve often longed for Pastor Rick Warren to be able, in some way, to set the record straight on what he believes. Thankfully, John Piper has given him that chance. Dr. Piper arrived at Saddleback with 20 pages of notes from The Purpose Driven Life: What on Earth Am I Here For? and the two talked for an hour and forty minutes about theology.

Sitting in the studio was like sitting in a seminary classroom as each man gave tremendous insight into biblical doctrine and ultimately returned all the glory to God for whom He is. Now… you can enjoy it too!

And even better, the Saddleback team has built an amazing page filled with every possible audio, video, and downloadable version of the entire exchange. Check the John Piper Interviews Rick Warren page out!