Jesus Knows When He’s Been Touched 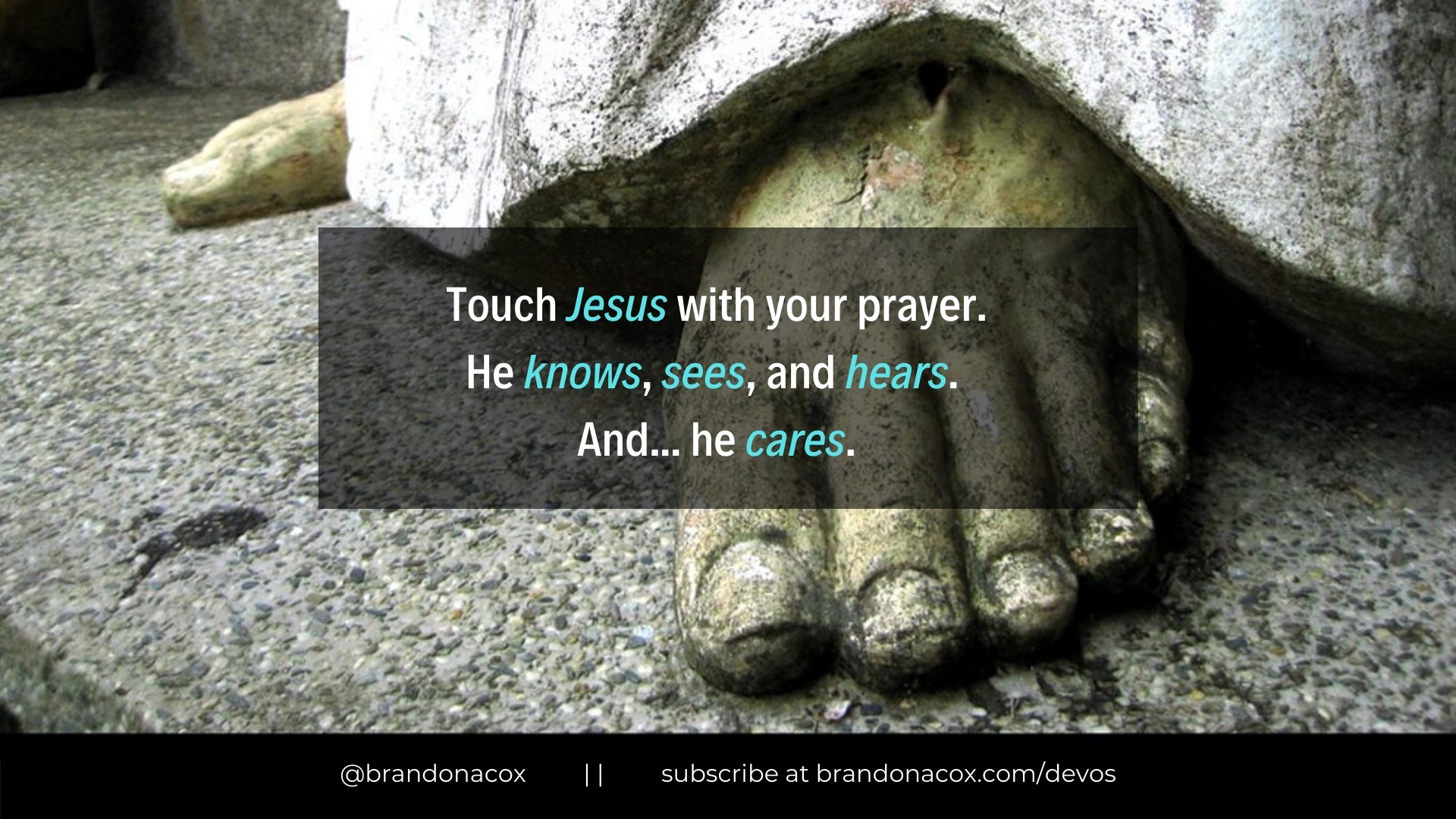 Jesus Christ is, obviously, all-knowing because he is fully God, the second member of the Trinity. But when Jesus walked the earth as both fully God and fully man, he said some very human things, partly for the purpose of creating teachable moments for his friends and disciples.

For example, Jesus does this in the story of the woman who touched the hem of his garment. Here’s the scene…

As Jesus was on his way, the crowds almost crushed him. And a woman was there who had been subject to bleeding for twelve years, but no one could heal her. She came up behind him and touched the edge of his cloak, and immediately her bleeding stopped.

Jesus, knowing he’d been touched by the woman and knowing that she’d been healed, said something particularly human in nature…

“Who touched me?” Jesus asked. When they all denied it, Peter said, “Master, the people are crowding and pressing against you.” But Jesus said, “Someone touched me; I know that power has gone out from me.”

Jesus asked, “Who touched me?” Did Jesus not know? Did his divine power mystically heal her without his even knowing who she was?

I believe Jesus did this for the benefit of his disciples. They didn’t see the woman. They simply saw the crowd. They were concerned with Jesus’ welfare and keeping the people from crushing Jesus, but they weren’t being sensitive to the individual needs of broken people the way Jesus was. So he invited them into his compassionate viewpoint.

When the woman finally had to admit that it was her, there was a rather personal and intimate moment between them, but don’t pass over the fact that Jesus knew he’d been touched.

There are moments when we, in our desperation, reach out for the heart of Jesus. We cry out from our pain, from our disappointment, our discouragement, and our despair and we touch Jesus without our words and with the cries of our heart.

And we often wonder, does God hear me? Does he care?

He may not answer you in the way you’d like or in the timing you’d prefer, but he’s aware you’ve reached out. He cares and he sees, even when other people do not. And I believe that in his own timing and in his own way, you’ll experience the personal touch of God upon your life when you’ve been willing to stretch out your faith to touch him.