Good News: Jesus Has Been Enthroned as King 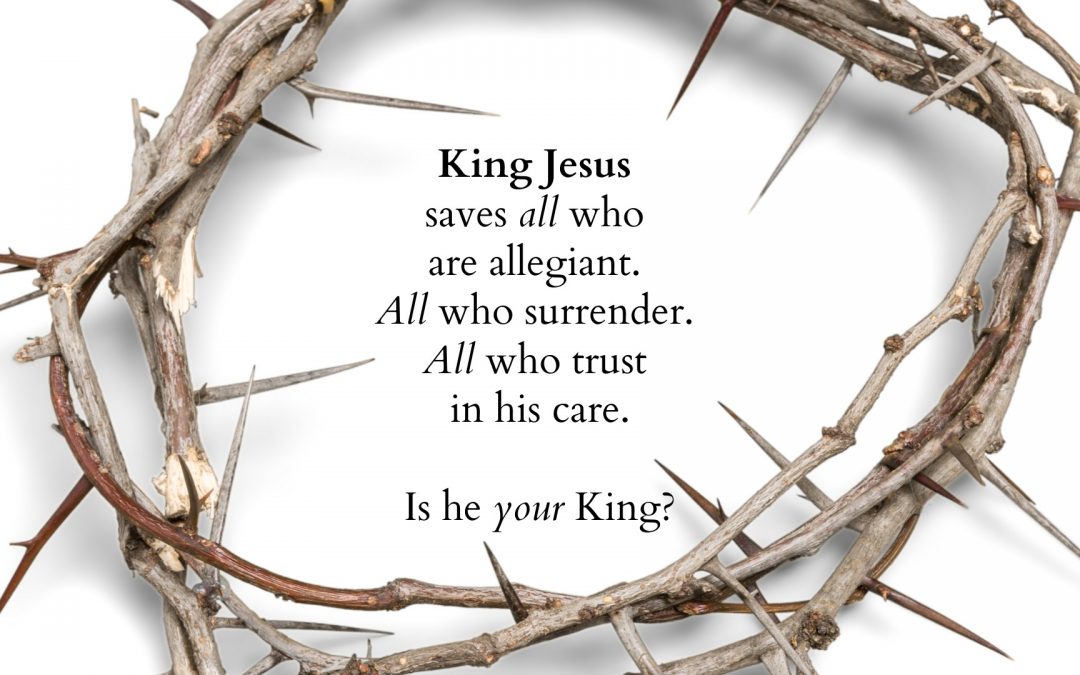 The gospel is more than a few steps toward salvation and it’s more than a particular doctrine of justification. The gospel is the good news that Jesus, God’s Son, became the Messiah and Savior of Israel and of the rest of the world, that he died on a Roman cross to provide an atonement to God for the sins of the world, that he rose from the dead three days later and ascended to the right hand of the Father and was enthroned as King.

Our salvation is merely the fruit of that story, not the story itself. The gospel is the story of the anointed King, Jesus.

The kings of Israel were “messiahs” in the sense that they were anointed for the task of saving, in a temporal and earthly sense, the people of Israel. But they were all purely human and certainly sinful and unable to redeem people spiritually. Therefore, they were merely a shadow of THE King who would come from God to rule and reign in righteousness forever, after having offered himself as a ransom for our sins. King Jesus.

Whether he fully understood it at the time or not is a mystery, but King David wrote of the coming true King Jesus in the 22nd Psalm. While some of David’s words concerned his own plight and his need to seek refuge in the Father, many of his words were an obvious foreshadowing of the true Messiah to come:

My God, my God, why have you forsaken me?
Why are you so far from saving me,
so far from my cries of anguish?
My God, I cry out by day, but you do not answer,
by night, but I find no rest.
Yet you are enthroned as the Holy One;
you are the one Israel praises.
In you our ancestors put their trust;
they trusted and you delivered them.
To you they cried out and were saved;
in you they trusted and were not put to shame.

In the first two verses, there is an obvious pre-illusion to the cross where Jesus expressed his anguish over becoming our sin and being separated from the Father for those hours of divine punishment. In the last part of that passage, David was affirming that multiple generations of Israelites were looking forward to the cross without knowing it. They didn’t know about Jesus particularly, but they looked forward to the time when God would provide the true Redeemer.

But in that middle verse is something truly special, something with deep, deep meaning for every Christ follower today – the enthronement of Jesus Christ as King forever.

You are enthroned as the Holy One…

The New Testament certainly confirms that Jesus looked forward to this enthronement. It was the crown that motivated him to endure the suffering of the cross, according to Hebrews 12:1. And so certainly, upon his ascension to heaven, Jesus was enthroned as King forever of a kingdom consisting of all who bow the knee before him.

Every single person who hears this good news has to make a determination for themselves whether they will recognize the enthroned King Jesus or not. For all who do, there is eternal peace with God, final relief from all of our sin and suffering, and a communal unity with all of God’s people.

Real peace is simply a matter of whether or not you’ve enthroned Jesus Christ as King in your heart and life. Does he have full authority over you? Is he your King?

Salvation can be described in many ways – repenting and believing, receiving Christ, trusting in Christ, believing in him as Lord and Savior – but perhaps my favorite terminology has become bowing before Jesus as King. He saves all who are allegiant. All who surrender. All who trust in his care.

Jesus is alive. He is King. And he saves forever. But is he your King?