Jesus is Building His Church 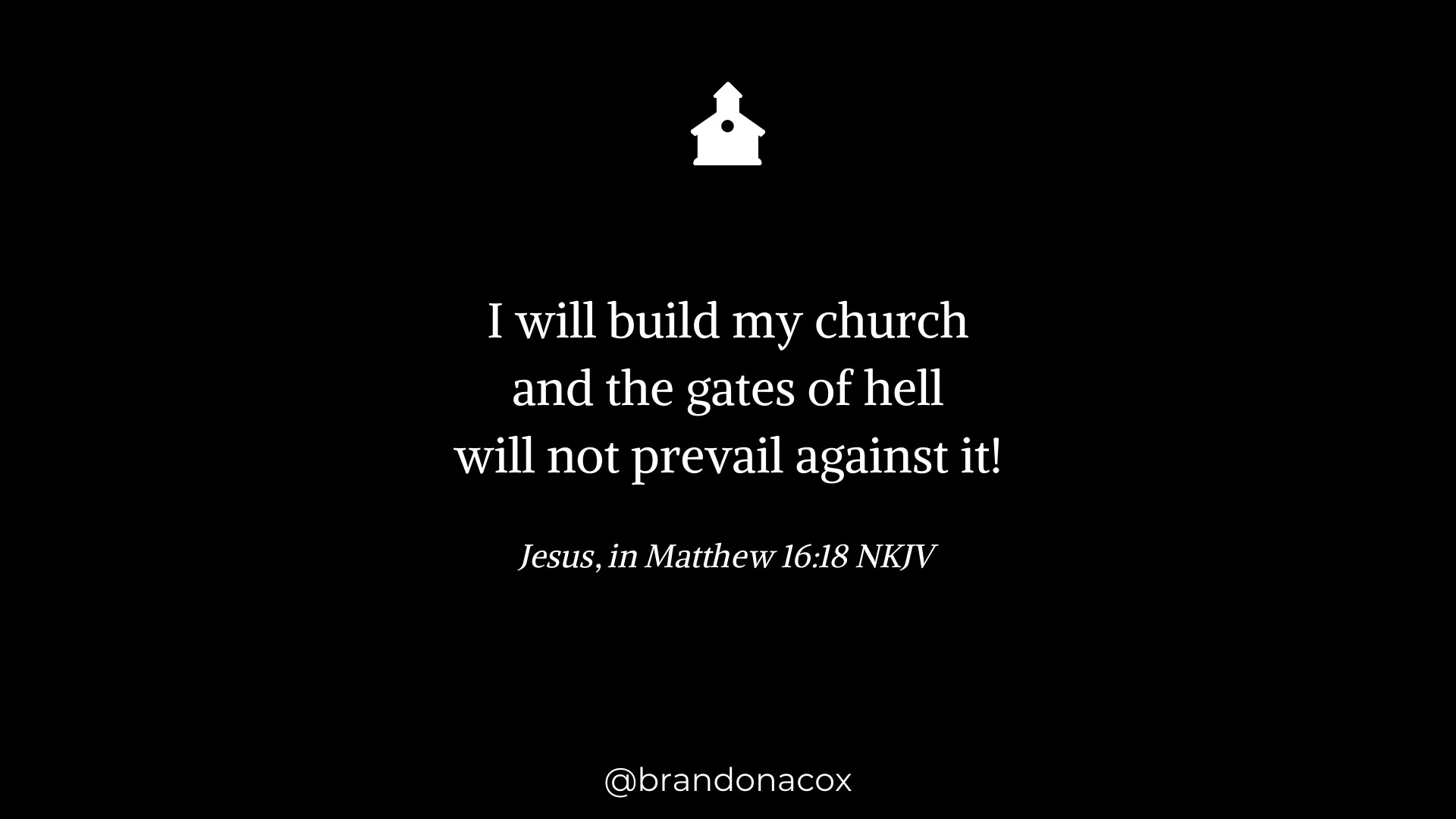 The church shouldn’t be here. I just doesn’t work. At least not in terms of how movements generally go. Organizations led by highly qualified people grow, but not those run by misfits. Not those started by charismatic leaders who left early on in the story, leaving it in less capable hands. Not those often hated by the world around them and persecuted by oppressive regimes.

The church should never have survived the first century. It started in Jerusalem, which suffered from poverty and famine and, in 70 a.d., was destroyed by the Roman military machine. By that time, the movement had spread far beyond the borders of Judea and across the Mediterranean world where it encountered other religions, intellectual elitism, and far more severe persecution by multiple Roman Emperors.

Today, the church exists in every nation on the planet, even in places where it is still forced underground and into living rooms by oppressive governments. There are somewhere near 400,000 churches in the United States, plus hundreds of thousands around the rest of the world representing hundreds of millions of believers.

Somehow, the church survived. But how?

Because of a promise Jesus made to Simon Peter and the eleven other earliest apostles.

Jesus: Who do you say I am?” Simon Peter answered, “You are the Messiah, the Son of the living God.” Jesus replied, “Blessed are you, Simon son of Jonah, for this was not revealed to you by flesh and blood, but by my Father in heaven. And I tell you that you are Peter, and on this rock I will build my church, and the gates of Hades will not overcome it.

Jesus started the church. He chose its first leaders, and they were indeed misfits, but they were redeemed and empowered misfits! Jesus commissioned the church, then baptized his church with the power and presence of the Holy Spirit and promised his presence in and with the church through the end of the age.

In other words, the church has survived and thrived because King Jesus, who died for the church and rose again from the dead, is alive and well and empowering his people for ministry and mission.

When you trust Jesus, you enter his family, the church. And then you get to immerse yourself in the life of the church, discover your gifts, serve others, share the gospel, and invite others into God’s family.

Jesus IS building his church. And he won’t stop until it’s time for him to return again to establish permanent, forever peace on all the earth.

Until then, we have much work to do! The church gets to tackle global issues like disease, poverty, a lack of education, and spiritual blindness. We get to protect the vulnerable, defend the oppressed, and serve the poor, the sick, and the needy. We get to tell the good news of the hope we have in Christ to everyone on the planet until all have been invited. We get to love and serve and offer a cup of cold water in Jesus’ name.

There’s no other movement quite like it. If you’ve been a passive bystander, there has never been a better time in history to dive in and connect than right now!