You Need to Know Balthasar Hubmaier 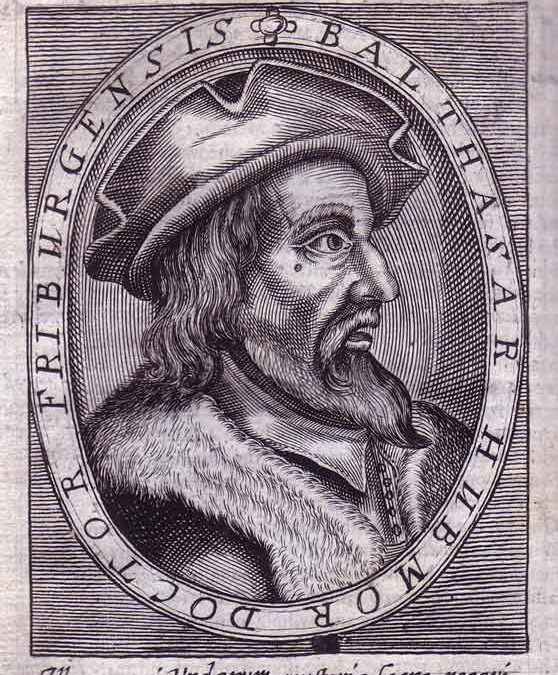 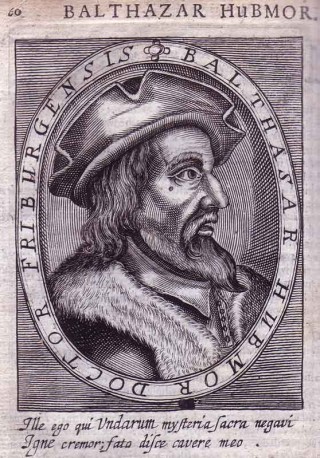 Baptists sometimes miss out on great ancient resources found in some great theologians and leaders of the past who probably impacted our theology as much or more than the Reformers, but the Reformers get all the kudos.

Take, for example, Balthasar Hubmaier, an early anabaptist leader. (It’s not capitalized because the word “anabaptist” was never a particular sect or denomination, but rather a term loosely applied to those who “re-baptized” those who had already been baptized as infants. They were also called “radical reformers” and many lived and died martyr’s deaths before Luther and Calvin walked the earth. But I digress…)

Hubmaier was heavily influenced by Erasmus and other Swiss leaders early on, but soon found plenty of platforms upon which to debate, particularly on the issue of believer’s baptism. Hubmaier had the gaul to assert that people should be baptized as responsible adults who were making the decision to follow Christ on their own, and that such baptism should be by immersion, and further that such baptism accomplished no particular saving work but was rather an act of obedience to Christ. In Hubmaier’s own words…

Baptism in the name of the Father and of the Son and of the Holy Ghost is when a man first confesses his sins, and pleads guilty; then believes in the forgiveness of his sins through Jesus Christ, and turns to live according to the rule of Christ, by the grace and strength given him from God the Father, the Son and the Holy Ghost. The he professes this publicly, in the eyes of men, by the outward baptism of water. He is then truly baptized, even if the baptizer did not speak these words over him.

via Hubmaier “The Christian Baptism of Believers.” In The Writings of Balthasar Hubmaier, by Davidson, 128.

What really catches my attention most in Hubmaier’s writings is his assertion that religious heretics probably shouldn’t be burned at the stake, be-headed, thrown in the stocks, or otherwise tortured, maimed or killed by the church, or by the state, or by the church-run state, or state-run church (it all gets so convoluted since Luther, Calvin, Zwingli, and many other “reformers” who left Catholicism continued to rely on state powers for the prosecution of heretics).

And on the issue of sola scriptura, Hubmaier again pushed a crazy agenda – that the Bible alone should be the authority in regards to God’s pattern for the church and for the individual believer’s life. He often used nothing but Scripture in his debates with leaders who relied as much on the writings of church leaders and fathers as they did on the inspired testaments.

Hubmaier was a pacifist, but not entirely so. Though he opposed war, he did recognize the allowance that Scripture made for military defense, but clarified that this power rested in government alone and never in the church, and further that military might should never be a means of imperialism, even in the name of “converting the heathen to Christianity.”

Hubmaier wasn’t perfect in his theology by any means, ever-clinging to his belief in the perpetual virginity of Mary and a few other odd details, but on the whole, he looked like a modern-day Baptist.

His death was, like so many others, a sad testament to a portion of Christian history that we may as well be brutally honest about. He was killed by Christian leaders in Austria because of his beliefs about baptism and because he baptized Zwinglian adults who converted to his teachings. Yep. Jesus is perfect, but His bride can have a nasty side. As Patheos bloggers Fred Sanders writes,

Balthasar Hubmaier (born around 1480) was martyred on March 10, 1528. Hubmaier was trained in Roman Catholic theology on the eve of the Reformation, earning a doctorate with the Johann Eck who would later be on the front line of attacking Luther. He became convinced of Protestant doctrines and allied himself with the Zwinglians at Zurich. As he continued his studies, he became convinced that water baptism is for adult believers, not babies.

It’s hard to remember how radical this view, believer’s baptism, was considered to be back in the sixteenth century. If you became “baptist,” you were considered not just doctrinally wrong or unpopular, but a positive danger to the foundations of civic order in Christendom: an enemy of the state. The Roman Catholic church and the Protestant churches agreed that you should repent or die; the best you could hope for was exile from established civilization. Hubmaier himself had the distinction of being imprisoned and tortured in Zwingli’s Zurich as well as in Catholic Vienna.

When placed on trial, Hubmaier prepared a careful statement that emphasized the common beliefs held by all Christians. But he was burned at the stake for the handful of points that deviated from the consensus of the day.

So many of my Baptist friends claim that our traditions must be rooted in the Reformation or else we have no roots at all. To this I would say, first of all, that what matters most is our doctrinal, practical, and missional alignment with the church as it is found in the New Testament, even if nineteen hundred hears of total heresy had to be skipped. But I would also say, read up on the radical reformers and the anabaptists of six hundred-ish years ago and I think you’ll find some fathers with whom you identify well.

As it stands in the present, in 2013, the church has spoken about whom she hails as a hero. Unequivocal proof is found on Facebook, of course, by looking at the “likes.” At present, it’s:

And you may also want to read more. Start with his entry in the Anabaptist-Mennonite Encyclopedia.