What Good Friday Means to Me Now 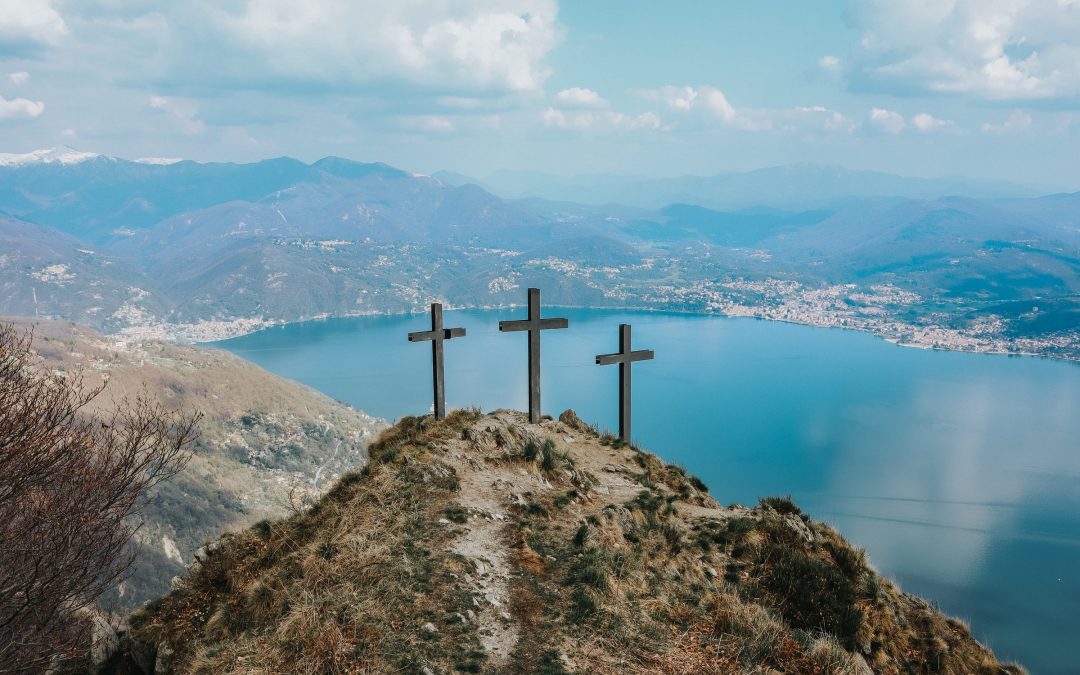 On this Good Friday, I’m reflecting on the cross where Jesus died, and I’m re-reading a chapter in Brian Zahnd’s Sinners In the Hands of a Loving God, about what Jürgen Moltmann called “the crucified God.” Zahnd says,

The cross is many things, but it is not a quid pro quo to mollify an angry God. Above all things, the cross, as the definitive moment in Jesus’ life, is the supreme revelation of the very nature of God. At the cross Jesus does not save us from God; at the cross, Jesus reveals God as savior. When we look at the cross we don’t see what God DOES; we see who God IS!

On Good Friday, we commemorate the death of Jesus. Why? Because on that day, the worst of the sin and the violence of humankind was visited upon the Son of God, who suffered and died in a lynching, a murder at the hands of an angry mob and an evil empire.

And after having seen and absorbed the very worst that humanity had to offer, he made a pathway of peace between us and God. In his dying breaths, Jesus prayed for our forgiveness and offered mercy. Zahnd goes on to say,

Too many people today are walking away from Jesus because of a medieval, Reformation-era doctrine that shows God as the brutal ruler requiring a blood sacrifice in the form of his own Son’s murder.

In all transparency, I used to believe and preach this kind of crucifixion story. No more. God is love, and love doesn’t require a torturous end to life in order to be appeased enough to forgive.

Instead, I see in Jesus’ death the ultimate absorption of the violent and sinful tendencies of humanity by a man still willing to forgive all sin in spite of the evil that killed him.

So on this Good Friday, I’m thankful. I’m expressing gratitude that Jesus was willing to be the Christ. The Lion of the tribe of Judah was willing to become the Lamb that empire and humanity demanded with their cry of “Crucify him!”

Jesus loved us to the end of his life and beyond it, making a way for us to experience peace forever with our Creator.

That’s what Good Friday means to me.

Photo by Sangia on Unsplash