What Good Is Your Church Anyway? 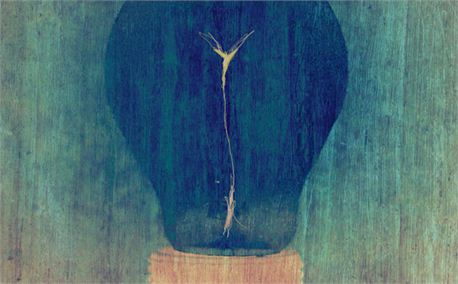 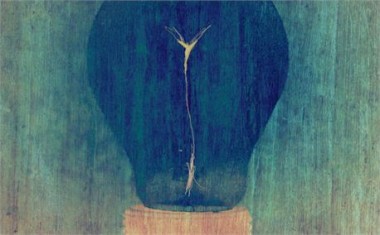 The church is a parasite. It owns the best property, doesn’t pay any taxes, and doesn’t help anybody.

As a Pastor who loves the local church rather deeply, everything in me wants to argue. Who does this anonymous skeptic think he is? He’s just never been to the right church! But sometimes arguing with someone’s perspective is rather pointless. In the end, it’s better to be introspective and ask, is there any truth here?

Jesus came into a religious culture in which people thought they were doing just fine. People with real hurts, hang-ups, and habits were frustrated and flocked to Jesus because the established religion of the day just didn’t have any real power. So Jesus challenged His disciples to think differently about faith. He preached the Sermon on the Mount for several reasons, but one was to sort of set the record straight. Throughout the discourse, He keeps saying things like “You’ve heard it said that —, but I say to you —.”

Right after the beatitudes, Jesus sets the record straight on what disciples should look like. He makes it clear that there is little point in the pointlessness that characterized the religion of the day. It’s useless to act like salt but not be salty. And it’s foolish to pretend to be light and yet to brighten nothing. So He describes what we should be…

You are the salt of the earth. But what good is salt if it has lost its flavor? Can you make it salty again? It will be thrown out and trampled underfoot as worthless. You are the light of the world — like a city on a hilltop that cannot be hidden. No one lights a lamp and then puts it under a basket. Instead, a lamp is placed on a stand, where it gives light to everyone in the house. In the same way, let your good deeds shine out for all to see, so that everyone will praise your heavenly Father.

There are some important lessons for the church to learn from Jesus’ words about salt and light.

Salt does at least these 3 things…

When we lived in southern California, there was no such thing as country ham. But in the south, they hang them from racks in the grocery stores, unrefrigerated. How is it possible to leave pork hanging in the warmth of a store for weeks on end? Salt. You rub enough salt into the meat and it will last for weeks.

The church should be a preserving agent in its cultural surroundings. We can close ourselves off and complain about how bad the world is getting, or we can determine to be bright spots in the middle of the darkness. We can preserve our culture from decay as we live out God’s purposes in the midst of it.

Ever cut your foot in the sand at the beach and then step into the water? It stings! Salt irritates, but it does so in a healing way, not a hurtful way. The church has been quite guilty of irritating the world in a way that turns people away from God, but Jesus would have us instead to irritate the world in a healing way. It is irritation that causes an oyster to turn a grain of sand into a pearl, and sometimes its our persistent irritation, our resilience and unwillingness to give up on our community that turns to its healing.

A salty church says, “We’re not going away. We’re going to keep loving and serving you no matter how resistant you are because we love you and we want to see change happen.”

I always knew you could add salt to food, but I never knew just how much until I met my wife. She’s cut way back, but when we were first married, I watched her salt her salads. Why? Because salt flavors. And we should flavor the lives of people around us. The gospel may offend some, but heaven forbid that we in our personality and approach should push people away from the hearing of the gospel.

Jesus also calls us light. I like what Jesus does here. First, He identifies us with His identity. He is “the light of the world” after all. But I also like that He labels us both salt and light. So His goal isn’t to get us to doubt what we are, but rather to realize what we are with a challenge to live it out.

Ever light a candle in a totally darkened room? A little bit of light goes a very long way. I’ve spent time in Mammoth Cave in central Kentucky. When the tour guides turn all the lights out, it’s the darkest place on earth, but when they strike a single match, that tiny light fills the room. And so ought we to fill the earth.

People all around us are trapped in sin and its devastating secrecy. Shame and guilt keep people shrouded in darkness, but our light can expose all of that darkness and set people free.

Imagine landing a plane on a runway at night with no runway lights. Or cruising through the busiest intersection in town when all the traffic lights are out. Light guides.

It’s great to know and understand our identity the way Jesus assigned it to us, but what do we do with it? Here are three BIG words we need to keep at the forefront of our minds as salt and light: SPEAK. LIVE. ACT. As salt and light, we need to speak the gospel, live the gospel, and act out the gospel, joining God on His timeless mission to redeem the world to Himself.

We deserve hell for our sins, but God forgives us when we place our trust in His Son Jesus, His death on the cross for our sins, and His resurrection to life. Not only that, but God then proceeds to call us to join Him in His great work of reconciling a lost and hopeless world back to Himself. There is no greater privilege than living out our purpose as His salt and light.

What good is your church, anyway? Are we really satisfied with merely meeting on Sunday and “having worship?” I hope not.

What Good Is Your Church, Anyway? from Brandon Cox