God Loves You with His Emotions 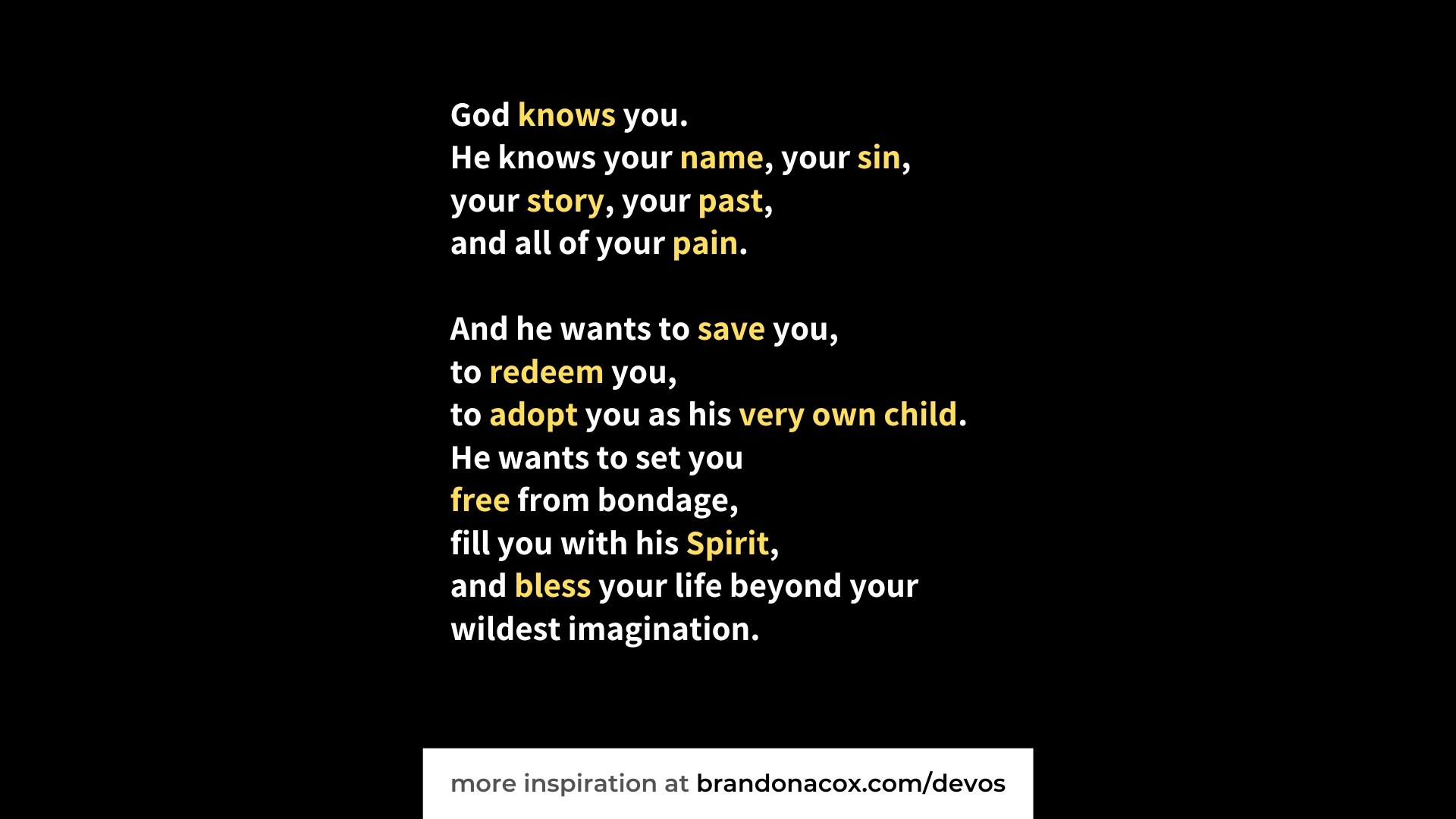 Does God feel as we feel? Of course! While his emotions are not fickle like ours, he created us in his image and expresses himself as having feelings and emotions.

Is God’s love for you merely a feeling? Of course not. It’s far more than that, as we’ll discover in the next couple of days, but it’s at least a feeling.

In the Old Testament, God said this to his people,

Yet the LORD set his affection on your ancestors and loved them, and he chose you, their descendants, above all the nations—as it is today.

God set his affection on his people. Jesus was moved with compassion on the sheep without a shepherd and on crowds of hungry people. He wept over the lostness of Israel shortly before going to his death on the cross.

You are the apple of God’s eye!

I love the contribution Jonathan Edwards made to early American Christianity. He was instrumental in the First Great Awakening. Unfortunately, some of the language Edwards chose in his era still shapes segments of Christianity today.

For example, in his famous sermon, Sinners in the Hands of an Angry God (poor title, by the way, for many reasons), Edwards proclaimed:

The God that holds you over the pit of hell, much as one holds a spider or some loathsome insect over the fire, abhors you, and is dreadfully provoked. His wrath towards you burns like fire; he looks upon you as worthy of nothing else but to be cast into the fire. He is of purer eyes than to bear you in his sight; you are ten thousand times as abominable in his eyes as the most hateful, venomous serpent is in ours.

Tens of thousands of people responded to Edwards’ otherwise gospel-filled message in repentance and faith, for which we of course are grateful. But his idea of how God looks upon his children doesn’t really reflect the language used in Scripture about people.

Mark Batterson says Edwards’ words are evidence of “God in the hands of angry people.”

I meet people weekly who feel completely unworthy to even set foot inside a church or to approach God for a conversation because their own “abominable” nature was drilled into them at the church they grew up in.

Let me confidently liberate you.

Jesus loves you. God knows you. He knows your name, your sin, your story, your past, and all of your pain. And he wants to save you, to redeem you, to adopt you as his very own child. He wants to set you free from bondage, fill you with his Spirit, and bless your life beyond your wildest imagination.

God has an affection for you.

God created you and sees your potential.

Yes, God requires you to repent of your sin AND to receive the free gift of eternal life. He wants you to confess AND to be healed.

God feels love for you, whether you’ve ever been aware of it or not!

Here’s the question… How do you feel about how God feels about you?