How God Built Himself a House 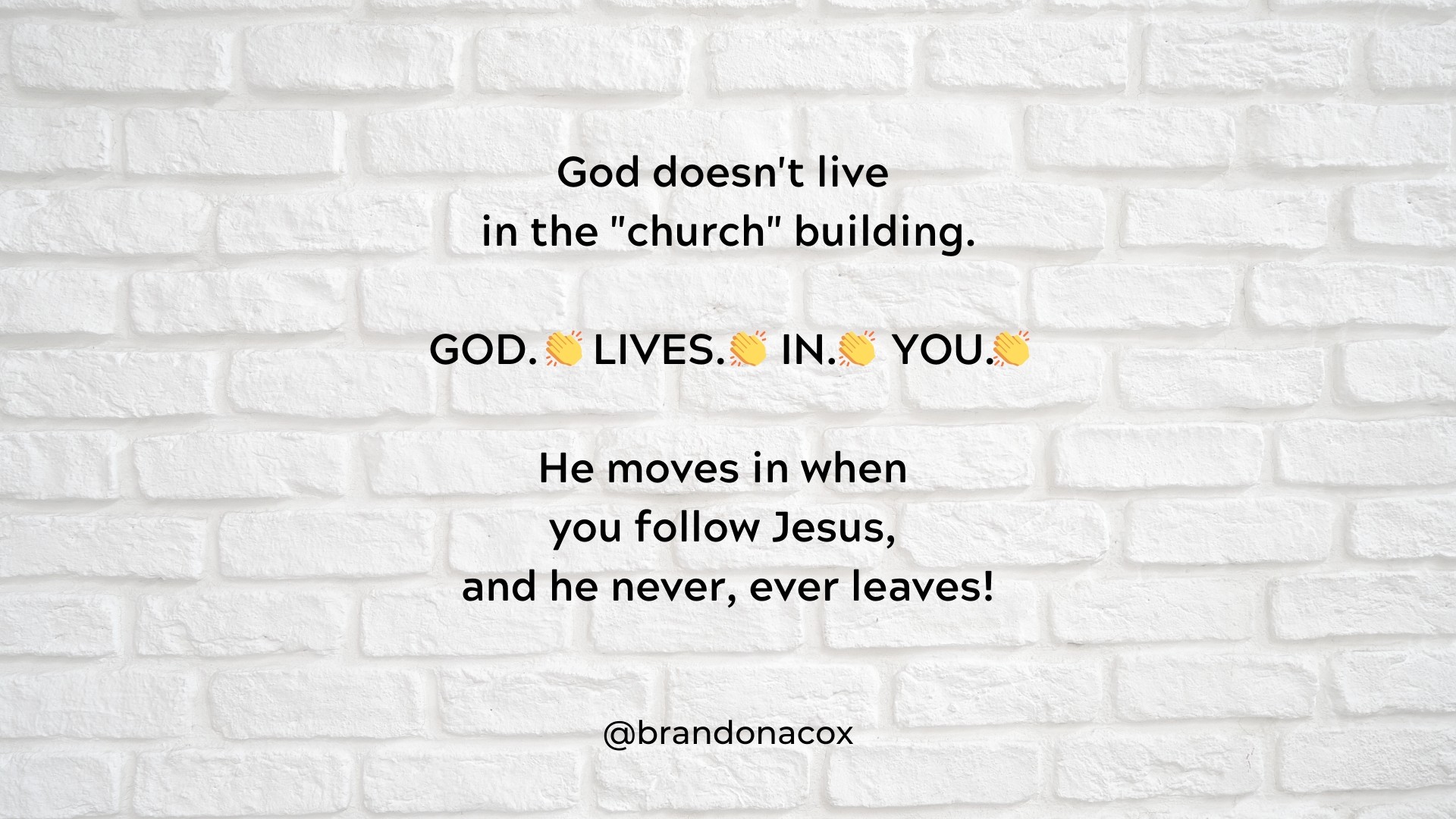 “Does God live up there?” When I pastored a church that ran a preschool, that’s what one little girl asked me during a chapel service, pointing to the area above and behind the choir loft where the baptistry was located. In her innocence, she assumed God must be confined by time and space, as we are, and that he therefore must live somewhere, like the baptistry.

For centuries, God’s people were often confused about the same question. Where does God live?

God instructed Moses and the Israelites to construct a portable tabernacle that could be moved from one location to another as they journeyed through the wilderness on their way to the promised land. God would “come down” and visit with the leaders in the tabernacle. God’s intention was never to give the idea that he is confined to a tent, but rather to send the message that he wanted (and would eventually, through Jesus) come down and “tabernacle” with us.

By the time King Solomon built the first Temple in Jerusalem, there was even more confusion as the people had picked up a lot of weird ideas about “god” from the pagan cultures surrounding them. All of the foreign gods had houses – temples – and inside, you would find an idol set up somewhere, literally living in the temple.

In the year 70 a.d., Jerusalem’s Temple was destroyed, just as Jesus had prophesied repeatedly. Any illusion that God could be confined to a brick-and-mortar structure was shattered, and followers of Jesus finally understood God’s intention to dwell among them in a different way.

For a season, God “tabernacled” among people in the form of Jesus Christ, God with skin and flesh on. But Jesus died on the cross, rose again from the dead, and ascended back to the Father. But he left a promise that within a matter of days after his ascension, the Holy Spirit would come to empower God’s people.

The Apostle Paul reflects on how God, today, tabernacles among us.

You are no longer foreigners and strangers, but fellow citizens with God’s people and also members of his household, built on the foundation of the apostles and prophets, with Christ Jesus himself as the chief cornerstone. In him the whole building is joined together and rises to become a holy temple in the Lord. And in him you too are being built together to become a dwelling in which God lives by his Spirit.

The very moment you trust in Jesus, you become a temple for the continual, never-ending presence of God through the Holy Spirit. He takes up residence in your life. And together, corporately as the church, all who follow Jesus represent the house in which God lives.

God doesn’t live in the baptistry. If you follow King Jesus, God lives in you. And he’ll never leave.

Tags:churchephesianstemplewe are greater than me