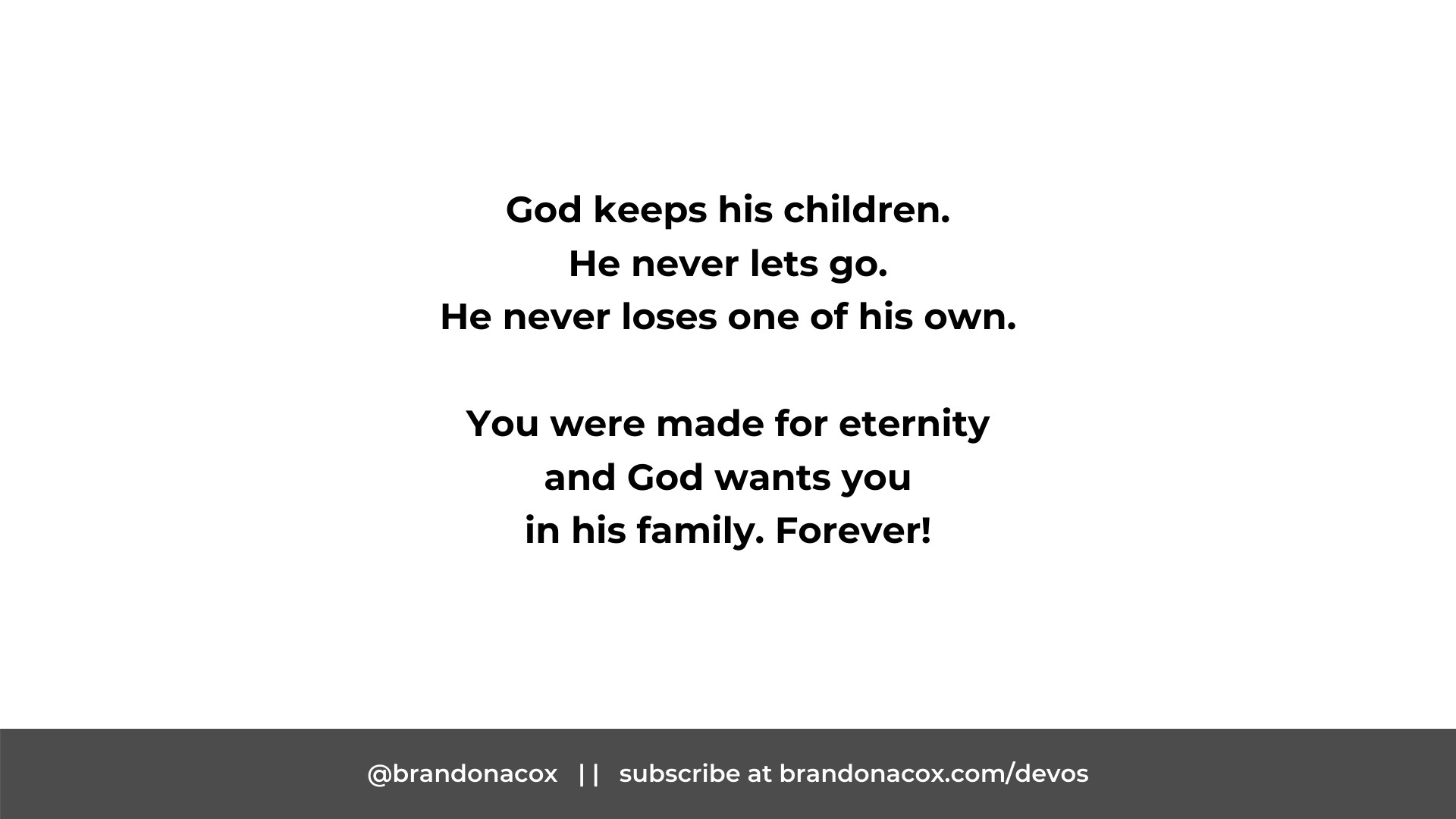 One of my favorite poems is Robert Frost’s Nothing Gold Can Stay.

Nature’s first green is gold,
Her hardest hue to hold.
Her early leaf’s a flower;
But only so an hour.
Then leaf subsides to leaf.
So Eden sank to grief,
So dawn goes down to day.
Nothing gold can stay.

In other words, because of the entrance of sin and its effects into the world, nothing that is good or innocent stays that way on this side of eternity. Everything is perishable and corruptible.

Thankfully, there are two things on earth that will absolutely last forever.

Peter said that when you follow Jesus, you “through faith are shielded by God’s power until the coming of salvation that is ready to be revealed in the last time.” (1 Peter 1:5 NIV)

The word “shielded” is translated from a word that refers to a garrison of soldiers who guard a city from the inside. When the city’s wall is breached at some point, that garrison of soldiers rushes to that spot to keep the enemy out. When you belong to God, he defends you and keeps you as his own forever.

But the truth of the matter is that God himself does the keeping of his children. He guards his own. He never stops. He never gives up. He’s a tenacious Warrior and he’s already won.

You were made to last forever. God didn’t make anyone temporarily. And the life you have been given is a blank canvas, an opportunity to freely create for his glory and live for his honor.

Since you are kept, since you are under God’s protection, live and walk with confidence in your calling!