Simply Believing What God Has Spoken 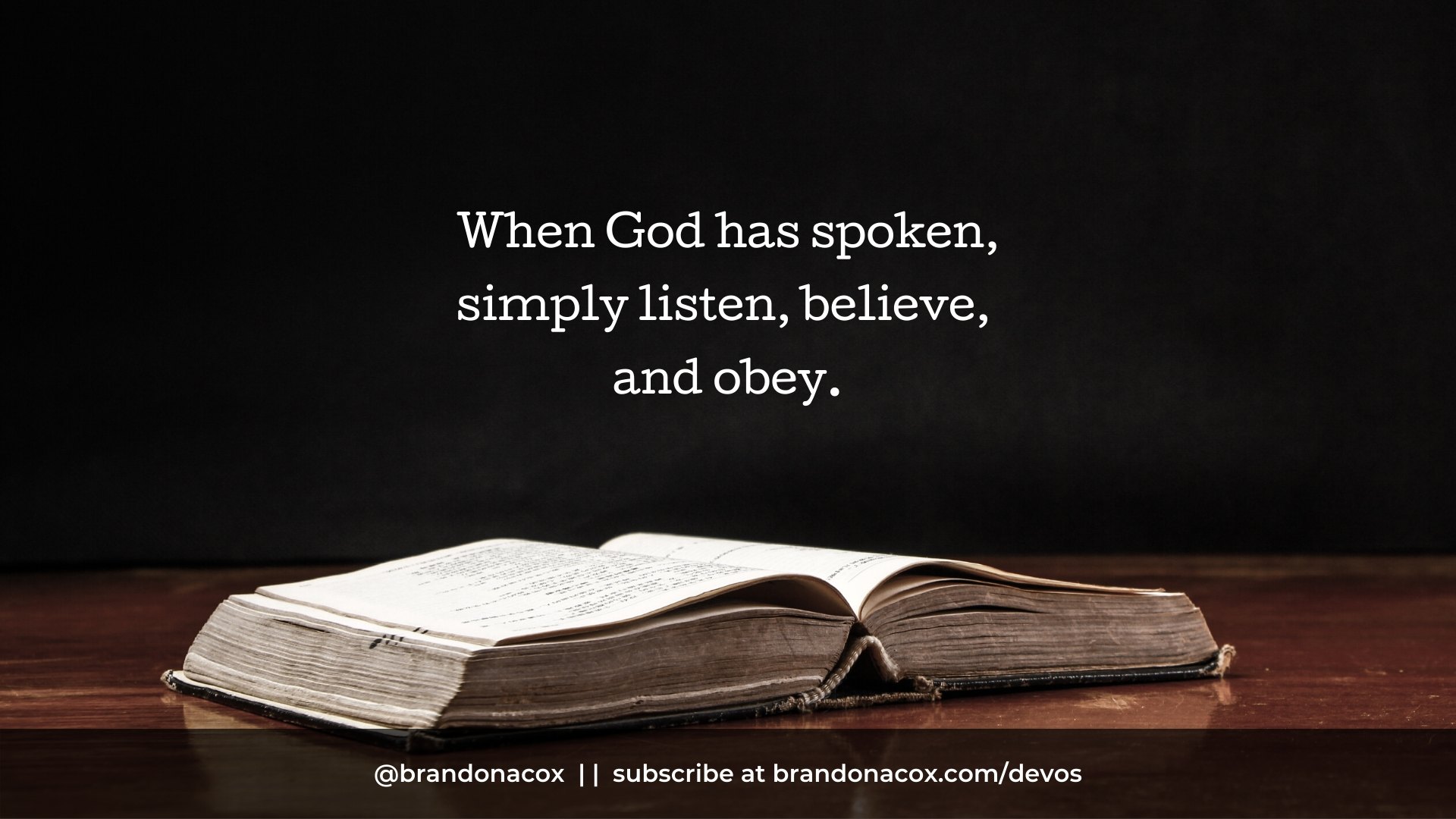 In the Disney+ series, The Mandalorian, Nick Nolte plays a character that is easily overlooked named Kuiil. He’s a guy who fought hard to purchase his own freedom from slavery and now lives a quiet life on a lonely planet. And he’s a bit of a sage.

Throughout his episodes, Kuiil is continually sharing his wise observations about life and about the situations in which Mando keeps finding himself. One of the phrases Kuiil repeats puts an immediate and abrupt end to any conversation. Having finished saying what’s on his mind, Kuiil says simply, “I have spoken,” and then turns to wander away.

There is a real sense in which the Bible carries that same kind of authority. God has spoken and speaks through scripture, and while prayer is definitely a two-way conversation between an individual and God, God is not looking for corrections, additions, or criticisms concerning his Word.

Zechariah and Elizabeth, the parents of John the Baptist, learned this lesson in a highly personal way. They were faithful servants of the Temple, and even though Elizabeth was well past what was considered child-bearing age, the two did not cease to pray for a child of their own.

One day, while serving in the Temple, Zechariah was visited by Gabriel, an angel of the Lord, who promised the aged priest that his wife would become pregnant. Even though this is precisely what Zechariah had been praying for, he still struggled to believe the message of the angel.

Zechariah asked the angel, “How can I be sure of this? I am an old man and my wife is well along in years.”

And Zechariah wasn’t just looking for clarification. He was doubting. He was questioning. And Gabriel’s response is quite Kuiil-like.

The angel said to him, “I am Gabriel. I stand in the presence of God, and I have been sent to speak to you and to tell you this good news. And now you will be silent and not able to speak until the day this happens, because you did not believe my words, which will come true at their appointed time.”

Gabriel had carried a perfect revelation from the throneroom of God to the holy of holies where Zechariah ministered. And there, in that intimate setting, Gabriel had spoken on God’s behalf. No corrections or criticisms needed.

Friend, when God has spoken, the only proper response is an obedient faith. It isn’t your place or my place to edit what God has said. We need simply to obey.

And here’s the really good news. You can open your Bible to any book, chapter, and verse, and God will have spoken. It’s all God’s perfect word. And at the end of the Bible there stands a giant exclamation point carrying the message, I have spoken.