3 Things That Christians Should Be Angry About Today 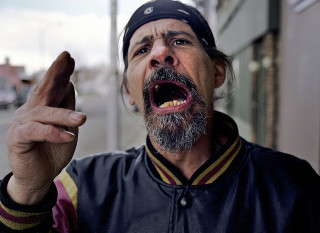 Anger isn’t bad. It’s an emotion. It’s a matter of deciding what to be angry about, how angry to be, and how long to stay angry. Sometimes, I see Christians getting angry about things that seem like misplaced priorities. What catches my attention is that we get mad about certain cultural issues and we group up by the thousands to voice our protest and declare war on our perceived enemies, while we display apathy about the kinds of things that Jesus would have been angry about.

Human Trafficking. Let’s get angry about this.

Once this generation goes from apathy to action, we will see human trafficking end in our lifetime.

Persecution. Let’s be angry for our brothers and sisters.

HIV/AIDS. Let’s be angry about millions dying too young.

Every 2 min a child dies from AIDS. Help us achieve one of our goals of getting to zero AIDS related deaths by 2015!http://t.co/cCs5GM5LHl

Unnecessary Stop Signs. Some of them could be yield signs… Maybe that’s just my issue.

There are, of course, many other things we should also be angry over. The point is, our correctly placed anger should turn into action instead of bitterness. And it should be directed at things that hurt people rather than the people who have been hurt by things.