How Your Faith Can Make You Whole 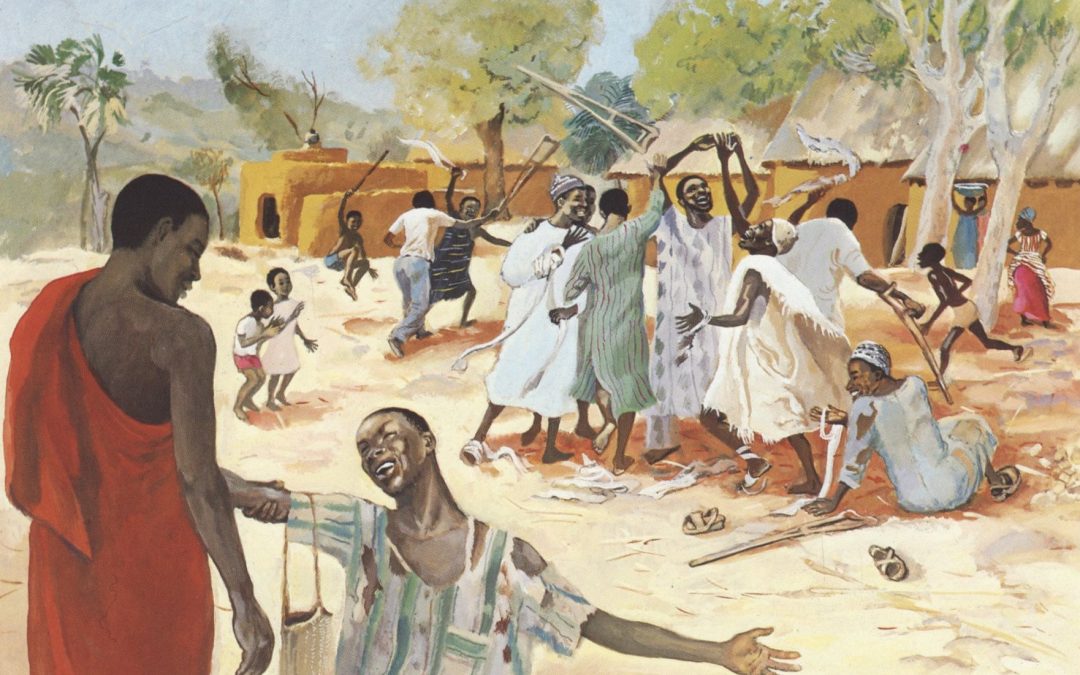 When Jesus says, “Your faith has made you whole,” what does he mean? Among most Christians today, there are two competing interpretations.

On the one hand are those who emphasize the power of one’s faith. The more faith you have, the more likely you are to receive a miracle. But Hebrews 11, the “Hall of Faith,” makes it clear that some who have tremendous faith still suffer and die.

On the other hand are those who put the emphasis on the object of one’s faith. It’s not about the amount of faith you have, it’s all about the One in whom you place it. While I agree with this theology and find the former to be spiritually harmful, I still don’t think either train of thought catches the full meaning of what Jesus was getting at.

If faith is an acceptance of something divine and supernatural that lies beyond what is merely physical, then it stands to reason that growing our faith is a way of expanding our perception and understanding of who God is and what God is doing. And I would argue that there is a strong correlation between our faith and our wholeness.

We tend to compartmentalize life far too much, as though the physical, mental, emotional, spiritual, and perhaps relational realms of life are disconnected from one another. But I’m a whole person, and so are you. Any kind of healing we might need will always be holistic in nature. It will involve the whole person.

My faith, in and of itself, doesn’t have supernatural power the way God does. So it isn’t my faith that performs any kind of healing. But it is my faith that opens me up to perceive and understand the healing work of God in my life.

I think Jesus was saying, in effect, Your willingness to exercise faith and open yourself up to what God is doing in your life is going to contribute significantly to your healing in a holistic way and to your being restored to the whole YOU that God created and desires for you to be.

One of the passages in the Bible that suggests this to me is the story of Jesus’ healing of the ten lepers in Luke 17:11-19:

[11] On the way to Jerusalem Jesus was going through the region between Samaria and Galilee. [12] As he entered a village, ten lepers approached him. Keeping their distance, [13] they called out, saying, “Jesus, Master, have mercy on us!” [14] When he saw them, he said to them, “Go and show yourselves to the priests.” And as they went, they were made clean. [15] Then one of them, when he saw that he was healed, turned back, praising God with a loud voice. [16] He prostrated himself at Jesus’ feet and thanked him. And he was a Samaritan. [17] Then Jesus asked, “Were not ten made clean? But the other nine, where are they? [18] Was none of them found to return and give praise to God except this foreigner?” [19] Then he said to him, “Get up and go on your way; your faith has made you well.”

I’ve read this story many times. I remember the old Sunday School song, Only One Came Back. It’s been a favorite Thanksgiving Day passage for many preachers of several generations.

But I don’t think gratitude is the point of the story.

Don’t get me wrong. Gratitude is powerful. It’s an essential attitude for spiritual growth and a key element of what authentic worship is all about.

But to make the story of the ten lepers all about the expression of thanks by the one is to sanitize the story and to ignore a key phrase Luke decided to include in his telling of it.

This is not just a story about how we ought to be thankful. This is a story about ten people who were touched by God, and the one whose eyes were opened to understand the true depth of what had occurred, whose life would never be the same, and who was previously stigmatized and disqualified by others from this kind of spiritual opportunity.

First, we ALL bear brokenness in our lives.

I used to say that “we are all broken,” but I’ve begun to change my language in that regard because, in our cultural climate, “broken” can be interpreted as worthlessness or uselessness, and I believe everyone has infinite worth and value and anyone can make a difference.

Instead, I’ve started saying that “we all bear brokenness in our lives.” Here’s what I mean by that…

In the case of these ten lepers, they bore the brokenness of their physical condition, which was no fault of their own. But leprosy carries a stigma and lepers are considered untouchable, both under the old Jewish Law and from a cultural viewpoint.

Second, we are ALL invited into wholeness in Christ.

There is plenty of healing to go around.

I don’t believe or intend to communicate that everyone is always entitled to complete physical healing. Our bodies are fragile and we are all bound for the grave eventually. Sickness and death are inevitable. Jesus didn’t physically heal everyone in his day and he isn’t physically healing everyone today, either.

What I do mean is that God is fully capable of continuing to work powerfully. His arm is never “shortened that it cannot save.” He has overcome our greatest enemies for all time by the work Jesus accomplished on the cross and in his resurrection.

I will never hesitate to say to any individual, “God wants you to be whole.” I believe wholeness is freely offered in Christ to all who want it and are willing to receive it.

God’s vision for our lives is complete wholeness, holiness, and maturity, forever.

And God’s vision is for more than mere individuals. He is building a community of faith, formed from every tribe, tongue, and nation.

Luke, the lone Gentile evangelist, points out that the one who returned was a Samaritan. So in addition to being untouchable because of his physical condition, he was also unacceptable because of his ethnicity and presumed religious beliefs.

This story establishes firmly that nobody is unacceptable or untouchable in God’s eyes. No one has more or less value that anyone else because of the color of their skin, any physical disability, or any previous religious baggage.

Third, we ALL have eyes to see life the way God does.

The one who came back “got it.” All ten had been blessed with physical healing, but only one of them understood the kind of healing that goes much deeper than the skin.

One of these ten had experienced true conversion. The scales had fallen off of his eyes. He was now aware of the power and presence of God in a brand new way. And this is the real goal.

Physical healing will keep us on earth for another day, but awakening to a relationship with God changes everything, forever.

This post is adapted from my weekly Reflectionary newsletter and a sermon idea I shared on Preaching For Change based on Jesus’ healing of the ten lepers in Luke 17:11-19.

About the Cover Art: JESUS MAFA. Healing of the ten lepers, from Art in the Christian Tradition, a project of the Vanderbilt Divinity Library, Nashville, TN.