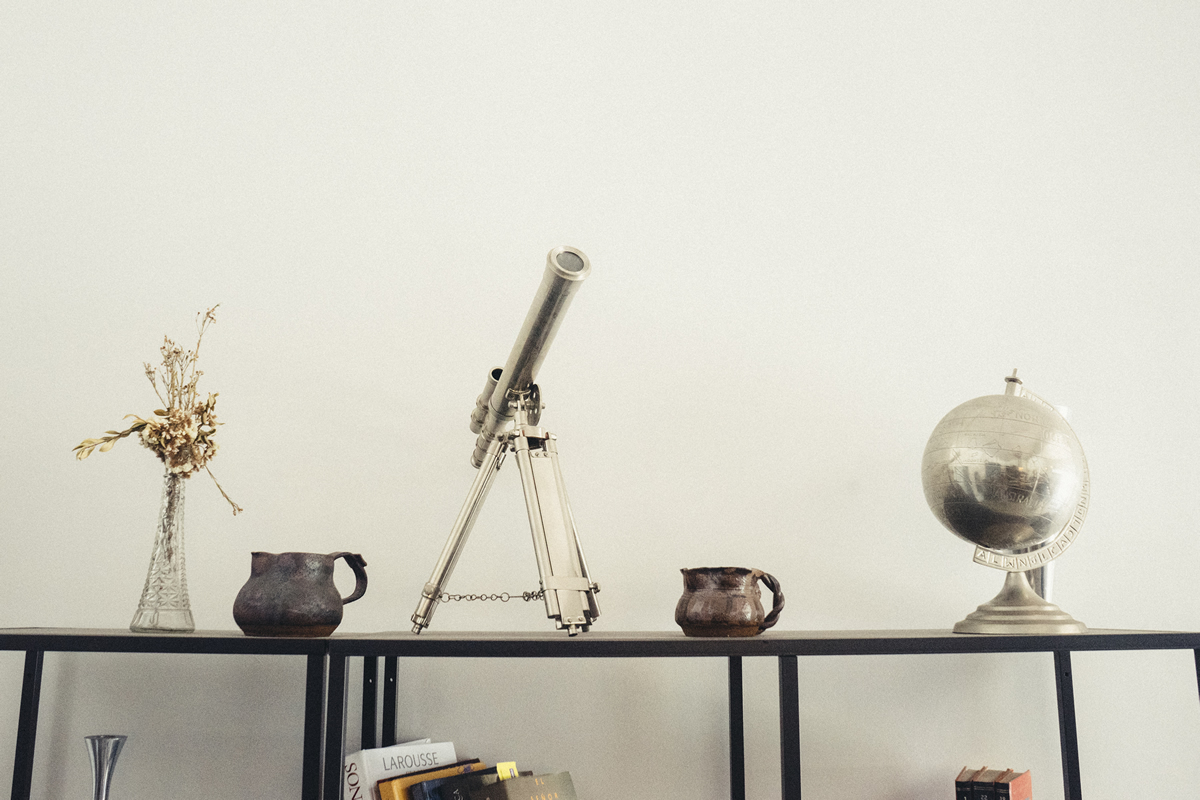 I believe in Jesus. I believe he is the virgin-born, sinless Son of God who came from heaven to earth, put on flesh and dwelt among us full of grace and truth. I believe he died on the cross to provide a substitutionary atonement for our sins and then rose again from the dead to rule and reign as King over a kingdom not of this world. He started the church, his body and bride, and commissioned her to share the good news about him and his kingship until he returns someday from heaven to fix everything that is wrong with this world.

You might not believe all of this, or any of this, and that’s your choice. You may struggle to buy any of this because of what Christians have done, what science has taught us, or where logic takes your mind. As for me, I’ve struggled with all kinds of questions over the years and have always returned with a faith stronger than before.

For the sake of those teetering on the edge of a decision about what to do with this Jesus… Or for those who have walked away from the faith for one reason or another… And even for believers who have been afraid your faith is too fragile to be open to difficult questions… I want to openly mention some tension-filled issues that have yet to wreck my faith.

I grew up in a church that split apart for dumb reasons. Someone didn’t shake someone’s hand. Sides were taken. Peoples’ salvation was called into question. Church discipline was exercised, and an exodus happened that included my family. I was twelve years old at the time, and we went nowhere else at the time. Sundays were now free for skateboarding and watching football when it rained outside.

Beyond my local Bible belt cultural experience are plenty more wrongs in the history of Christian thinking. Slavery. The Crusades (depending on how they are interpreted). Catholics who persecuted Reformers. Reformers who persecuted ancient Baptists, Catholics, and other Reformers. Protestants who persecuted Catholics. European Christians who imperialized and enslaved dozens of lands in the name of Christianizing “the heathen.” We have a colored past.

We can’t even seem to get along very well. The early Christians may seem unified from a distance, but the New Testament reveals several significant deviations from the core beliefs of the earliest apostles. That division continued down through the centuries, even long before the Protestant Reformation. Today, there are at least 50 different Baptist groups in America and hundreds of other denominations, associations, and networks.

Why can’t we all just get along? I don’t believe we have to. We’re human, so we disagree sometimes and our disagreements cause us to work separately, but that’s okay. What matters, in my estimation, is the unity of each local church. And with all of our diversity of viewpoints on various fine points of doctrine, truth is still objective. So pretty much all of us could be wrong about lots of things, but God is still right.

None of that destroys my faith. Why? Because my faith is in King Jesus, who rose from the dead. All of those stories are a reflection on misguided, sinful followers of Jesus, but not Jesus himself.

The Bible and Higher Textual Criticism

The argument goes that the Bible has been proven to be no more divinely inspired than any other collection of ancient writings because of what we’ve discovered about the texts. Scholars have lined up to question the supposed authorship of the biblical gospels and epistles, the historicity of the Exodus, the events of King David’s time, and the actual source of the Pentateuch.

I was a student in a state university and took religion courses from non-believers. I read the Apocrypha and Pseudopigrapha. I did a seminar-study on the Dead Sea Scrolls. And in the last dozen years, I’ve read plenty of papers and journal articles claiming that the Old and New Testaments are untrustworthy.

Now here’s the flip-side. All of those scholars claiming the Bible can’t be trusted are making guesses and chasing theories but none have ever conclusively proven that the Bible isn’t what it claims for itself to be – breathed by God. It’s a diverse collection of 66 books written over a 1,500 year period by over 40 different authors from dozens of places and backgrounds.

The scribes of the Old Testament era copied and guarded their scriptures with extreme diligence. Then, the New Testament church spent over three hundred years putting the writings of the scriptures on trial and eliminating as many potentially false books as possible through a series of thorough tests to finally present the canon of books we read today.

Scholars will continue to debate back and forth about the validity of the Bible until King Jesus comes again. I will continue to believe the Bible is God’s inerrant Word until then, but even if some kind of conclusive evidence surface that actually discredited any part of the scriptures, my faith would be okay. Why?

Because for hundreds of years, an unstoppable church continued to grow with people whose lives were being radically changed by believing in King Jesus and they didn’t even have Bibles at all! Yes, I’m a Bible-believer. But more importantly, I’m a Jesus follower.

The Advancement of Scientific Knowledge

I always loved science classes in school. I’m fascinated by things like how the earth keeps spinning as it rotates around the sun in a solar system that revolves around the center of our galaxy as our galaxy moves through the universe at tremendous speed and yet we’re not screaming in terror at the astronomical speeds at which we’re technically going. That’s cool. Or how the human eye interprets images and colors and textures into information our brains can process, which evoke emotional responses so that we can record it all and respond to external stimuli at lightning speed. That’s cool.

You get the point. Science is awesome. But Christians are often afraid of science. We were a little freaked out a few centuries ago when someone suggested the earth wasn’t flat. And we get a little freaked out today when new discoveries are made and new theories are put forth, such as… wait for it… evolution.

I always chuckle inside when a fellow believer observes that someone “must not be a Christian” because they suggested we evolved. Before you panic, let me affirm some things. I believe the biblical account of creation. I believe God made us in his image and that Adam and Eve were indeed historical figures and that the first eleven chapters of Genesis are certainly historical rather than mythical. But even believing all of this still doesn’t mean that evolution is any threat to my faith.

There is an interesting spectrum of beliefs within evangelicalism. My hero, W. A. Criswell, was adamant that the six days of Genesis one were literal, 24-hour periods of time, yet he embraced the pre-Adamic catastrophe theory which inserts some unknown period of time between the first two verses of the Bible. This is not quite the same, but is on the same level of C. I. Scofield’s “gap theory” which inserted not only time between those verses, but all the observable geological developments of the earth’s various layers and included dinosaurs and other life forms before it was all wiped clean by verse two.

Then there is Tim Keller, Francis Collins (one of America’s great scientific minds), and others who embrace the BioLogos viewpoint that God used evolution, not randomly but with divine order guided by his miraculous intervention, to bring mankind to his current state of maturity. And then of course is Henry Morris, Ken Ham, and others who adamantly assert the earth must be very young. Morris would date the earth to no more than tens of thousands of years while Ham would lean toward a literal beginning date measured by the genealogical tables of the Old Testament to approximately 4,000 years before Christ.

Here’s the funny thing about all of these men. They’re all smarter than me. I don’t feel the need to be dogmatic about any particular position on creation because even if man evolved slowly over millions of years on a very old earth, my faith remains solidly intact. I’m still going to follow the Jesus who died for my sin and rose again!

In other words, for me, saying that Christians are mean, the Bible is really old and hard to understand, or that science is amazing and is sometimes difficult to reconcile with the record of scripture won’t move me in my faith. I get it. These are tough issues. There are really big, scary questions to be grappled with. But… I still want to follow Jesus, the risen King. His holiness and reputation are impeccable regardless of the conflicts we humans feel from our finite perspectives and broken experiences.