How to Always, Always Have Enough 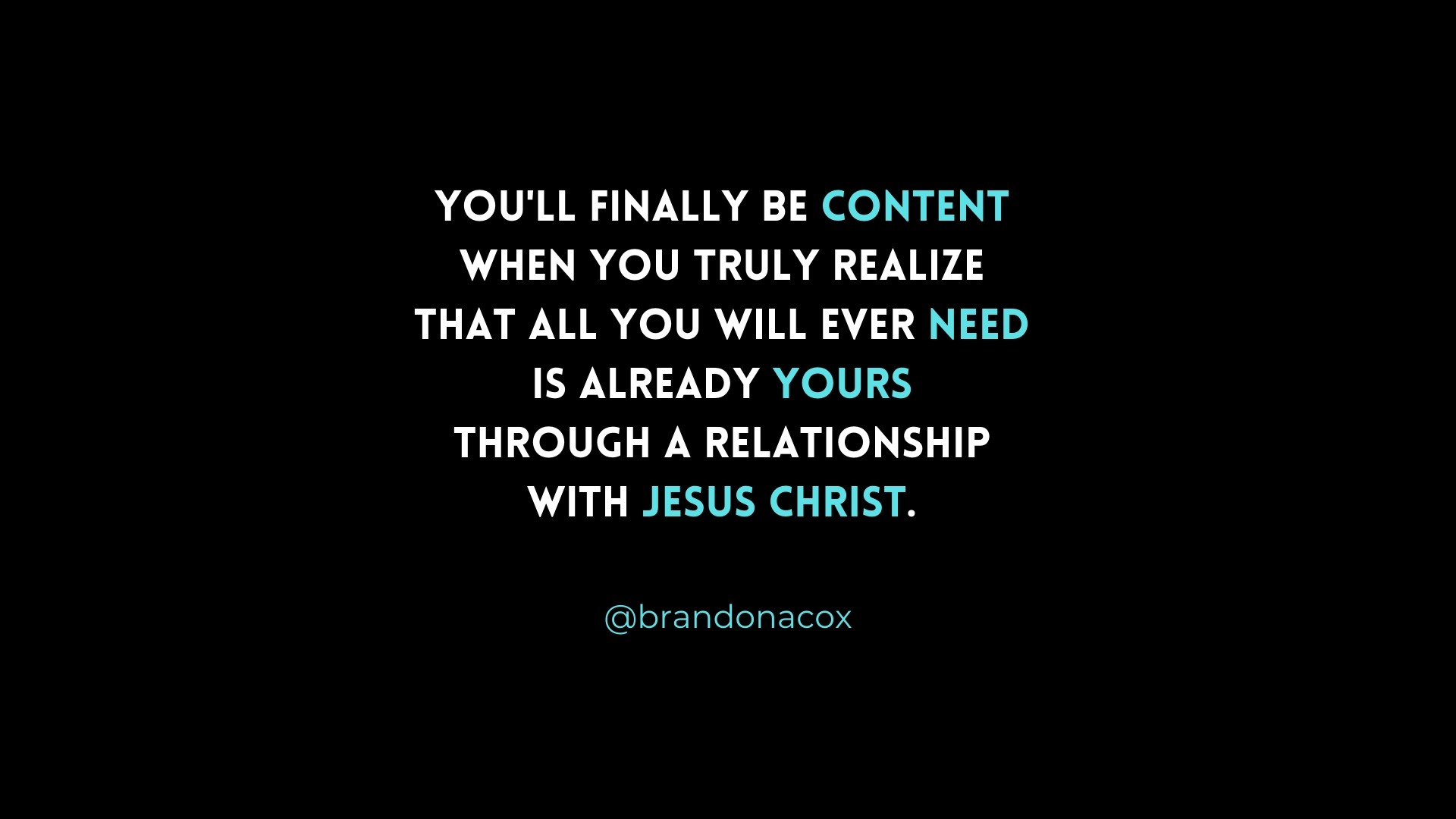 On the consumerism-to-contentment spectrum, our culture is wholly tilted toward consumerism. Marketing isn’t a bad thing, in and of itself, but we would be wise to understand that we’re always receiving marketing messages designed to convince us of one idea: we don’t yet have enough.

The Apostle Paul wrote once about an infirmity he’d received – a “thorn in the flesh” as he called it, and he never really explained what it was, exactly. It could have been something spiritual (he said the source was a “messenger of Satan”) or it could have been something physical (hence the connection to his flesh, and some scholars have leaned toward something like malaria). In either case, Paul thought what any of us would think.

I would be content if I could simply get rid of this issue.

Paul wrote that, on three separate occasions, he’d asked God to take away this thorn in the flesh, but God had said No. Why would God do that? While God doesn’t always do this, in this case, he explained himself.

But he said to me, “My grace is sufficient for you, for my power is made perfect in weakness.”

To paraphrase, “My grace is all you really need. When you’re content with that, you’ll be mature.”

And here’s the lesson: You’ll finally be content when you truly realize that all you will ever need is already yours through a relationship with Jesus Christ.

When Paul had gotten it through his head that God’s grace was enough, his entire perception of pain and suffering changed. He wound up proclaiming:

Therefore I will boast all the more gladly about my weaknesses, so that Christ’s power may rest on me.

Paul came to a place of peace with his lack. His philosophy became, When I have less, I actually have more because God’s grace becomes the satisfying force in my life.

You may be walking through a time of need, a time of lack, a season of rejection, a moment of pain. But this much is absolutely true – all that you will ever truly need is available to you, by the grace of God, through a relationship with his Son, Jesus Christ.

Tags:2 corinthianscontentmentgracepeacesufferingyou can do hard things