It's Election Day, and Principles Matter 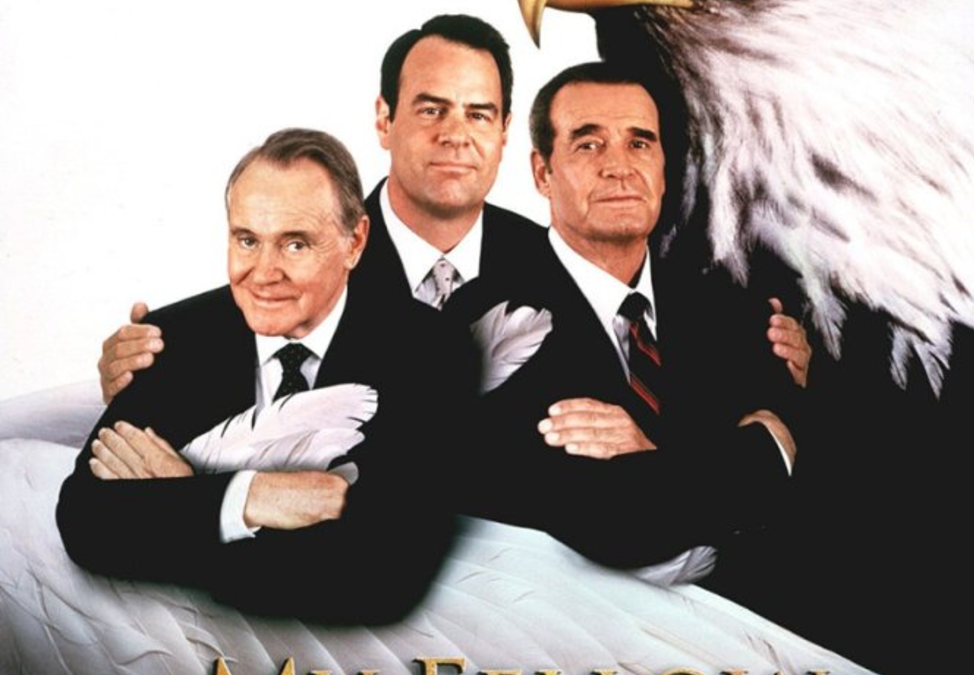 I don’t like heights. I’m not a fan of wasps either. But probably my biggest fear is being caught in the middle of a big crowd of scared, irrational people who are about to stampede over one another. And that, on this election day, is how I feel. Like a lemming questioning our collective direction. How did we get here? And why are we all running toward that cliff?

My grandfather fought in World War II, spent thirty-three years making Holley carburetors, was a volunteer fire chief and a Baptist deacon for five decades. He was stubborn. A fighter. A survivor (until he was proven wrong about the dangers of cigarettes, but I digress). And here’s one thing I took away from his example…

This is not the end of the Republic. In fact, as nations go, we’re still quite young. Granted, we’ve acted like a playground bully. We took land that wasn’t ours and offered the natives rural Oklahoma and influenza. We enslaved and suppressed black people and other minorities for a couple of centuries and still struggle in this department. We took way too long to let everyone other than rich white men have a voice. And we’ve definitely gone a little crazy with our credit card. But… America isn’t dead yet. We still have a chance to grow up.

So maybe, just maybe, the people among us who decided to vote for a principled third-party candidate “wasted” our votes on purpose! Yeah, you heard me! We used up all the glue on PURPOSE! Some of you are going to “waste” your vote on one of the two major party candidates.

Maybe we voted third-party, believing that the grown up thing to do was to stand, even if we stood mostly alone, for something other than bigotry OR corruption. You may be standing today for the unborn, for the refugee, for women, or for the misunderstood people who like hummus because they actually dared to try it and realized it’s really, really good once you add a little chili sauce. I digress again.

As far as Christians / Evangelicals / Jesus-people go, we’ve always thrived best when we didn’t have political clout to rely on and instead had to trust that the gospel could effect more change subversively, one heart at a time, then all the political lobbying money could afford. Emperor Nero once blamed us for burning Rome and threw us to the lions and we became the fastest-growing, furthest-reaching movement in history.

So here’s a challenge… See voting as the least you can do for your country. Work for change. Serve the poor, the oppressed and the disenfranchised. Defend the sanctity of human life. Fight for freedom. Do more than write angry comments on my Facebook posts!

If my grandfather were alive today, he’d… actually, he’d probably vote for the Democrat no matter who he or she was. And I’d totally disagree with his choice. But you know what? He wouldn’t really care what I thought! And that’s kinda how I feel today.

Go vote. But don’t put your ultimate trust in any candidate. God is still sovereign. The Cubs just won the World Series. And Jesus still saves. NO idea what the Cubs have to do with this post, but fly the “W”. Don’t be a lemming.

Peace out, America! and as Jack Lemmon said in one of the best political documentaries of all time, “Hail to the chief. he’s the chief and he needs hailing. He is the chief, so everybody hail like crazy. Hail to… that’s more or less how it…”