To Every Pastor Who Is Ready to Give Up 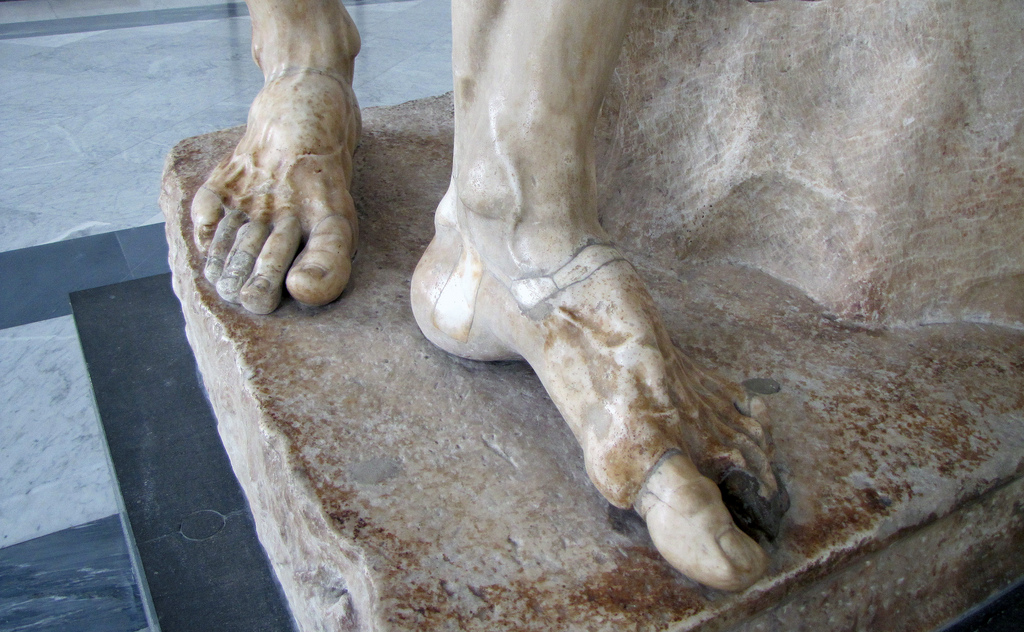 The article I wrote just a couple of days ago called From the Hear of One Pastor, I’m Sorry I Let You Down touched a nerve. It was viewed by thousands the first day it ran on pastors.com. I think this is partly because pastoral burnout and discouragement have reached epidemic levels. There are all kinds of factors behind this, but regardless of the causes, my heart breaks every time I talk to another disheartened ministry leader.

Just today, a young Pastor named Roger left a public comment on an article on pastors.com, and it weighed on my soul.

I’m leaving my church because I am tired of being the problem as the pastor. If something is wrong in the church, I am blamed by the congregation. On the other hand, my pastor friends and denominational consultants say I am the solution to turning the church around. But I realize that I can’t do it. Only Jesus can rescue this church. Meanwhile I am going broke and we have no friends here after living here 3 years. I moved 2000 miles to be here and sacrificed greatly to do so. As the pastor, I am one of the youngest in my church and I am scared I will end up being a caretaker of seniors in this church rather than obeying the Great Commission. Our church has had lots of problems and as a result the task of making disciples has fallen by the wayside. I have struggled to put out fires ever since I arrived here and I am so tired. As a result, I have accepted a teaching job in a public school back in my home state and will be moving there at the end of the summer.

I honestly don’t blame Roger for feeling what he feels. I’ve been there. And back again. Here was my response to Roger:

I wanted to reach out and thank you for the courage to post your comment on pastors.com. I completely understand. When I say that, I’m not just putting on. I pastored a church for five months and watched it nearly die (it did close a couple years after I left). Then I served the next church for seven months, same story (and yes, it closed within a couple of years too).

I was done. I never wanted to pastor again. I really thought I’d just serve part-time on a church staff and work a secular job forever. Three months into that decision, I was asked to be a Pastor again and with great reluctance gave it one more shot. I wound up spending 8 really great years there. The church grew. It doubled, in fact, from about 45 to just over 100 (so not a megachurch, just a healthy small church).

What I want to say to you is, don’t give up. Don’t write off the possibility that your current experience could very well be the fire God has allowed you to walk through to shape you into the mighty servant He desires you to be. I’m convinced that God is just as concerned about your growth than the growth of the church you’re a part of.

And also, I never had a true “friend” in the trenches in either of those experiences – at least not the kind you go on to do life with. But God has now surrounded us with quite a few people with whom we feel quite close.

Don’t give up! As Pastor Rick (Warren) always says, “the tide goes out, but it always comes back in.”

I love you brother, and I’m praying for you as I post this reply!

I can now reflect on those earliest experiences without feeling any sense of pain, but it took me years to get to that place. I feel the liberty to tell you what I think led up to those painful experiences. I wanted to voice my reflections to the church-at-large so that whether you’re in the role of a pastoral leader or a member of a local church, you might glean lessons from my own pain to apply.

Before you read, please understand that the two churches to which I am referring were filled with good people who, collectively, “did” church the way they knew how without a good understanding of the theology or psychology of pastoral leadership, so I make these statements for the benefit of the whole body.

Having observed the landscape of evangelical Christianity in America first-hand as well as through relationships with thousands of pastors, I’m convinced I didn’t find the only two churches in America that displayed these tendencies. I think it’s apparent that there are thousands of churches that resemble these observations. That’s why we’re going to see so many churches close in the next decade and so many pastors hurt in the crossfire.

My hope rests on the fact that Jesus Christ loves the church and gave Himself for her on the cross. He started the church, is the Chief Builder and Shepherd of the church, and will see to the church’s survival and success until He comes again. But until that day comes, we we see eras of painful pruning.

Whether you’re a pastor or a member in the pew (or theater seat), focus on Jesus, on eternity, on lost people, and on empowering leaders rather than on your personal preferences. And may God’s Holy Spirit revive us again!