How To Discover Your Spiritual Gifts 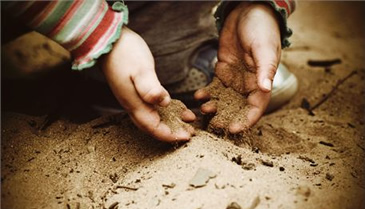 Every believer in Jesus has been granted abilities that are empowered by the Holy Spirit. We are all born with various talents, but spiritual gifts are given to us when we become a Christian. The seeds of those gifts are often evident from birth, but the Holy Spirit empowers believers for ministry in supernatural ways.

In one sense, spiritual gifts are overrated. What I mean is that we often fail to examine the other aspects of how God has shaped us for His purposes. He has also given us passions, talents, a unique personality, and both positive and negative experiences from which to draw. In another sense, spiritual gifts are underrated in the sense that we allow our feelings of personal inadequacy to convince us that we couldn’t possibly be “gifted” even though the Scriptures explicitly state that we are.

Spiritual gifts are by no means a simple subject. There are plenty of beliefs and opinions about the subject. Cessationists believe that certain “sign gifts” (such as speaking in tongues) were for a season of the early church only, and now have ceased. Continuationists believe that all of the gifts named in the Bible continue today. Then there are different evaluations of the various “lists” of gifts named in Scripture.

Let me point out an important word of clarification about the above lists. I’ve included all of them for the sake of being thorough, but some of the “gifts,” such as apostle, prophet, evangelist, and pastor-teacher are actually gifted people given to the church, not gifts given to people.

Furthermore, one reason why cessationists and continuationists can’t get along is because we feel we have to number the lists and define an exact set of gifts by those named in Scripture. But in the passages mentioned, it doesn’t seem to me that the Apostle Paul was trying to nail down an exhaustive list but rather was offering up examples of gifts. In other words, there could certainly be other gifts not included in the New Testament verbiage.

Why I Don’t Care for Spiritual Gifts Tests

Call them tests, surveys, or assessments. I’m not font of most of the existing diagnostic tools available to help people determine their gifts. I have several reasons why…

Is there a better way? How can you discover your spiritual gifts and put them into action? How in the world did any believer ever serve God before the first spiritual gifts test was produced a few decades ago?

Dig into the passages mentioned above and read the contexts of the gifts named so that you’ll understand the purpose and scope of spiritual gifts. Also study how gifted people served. You’ll probably notice that most of the apostolic-era believers jumped in and started ministering without much mention of any process of discovering their gifts beforehand.

Look at the Bigger Picture – Your God-given SHAPE

The SHAPE acronym has been around for a while now, and I think it’s a highly valuable piece of evangelicalism. SHAPE is an acronym that summarizes five aspects of how God has wired us to serve. It stands for:

In other words, gifts alone don’t determine what we can do for God in a fulfilling way.

Often the best way to determine how we are shaped to serve is to ask other believers who have had an opportunity to observe our lives and who can usually affirm things about us that we may not realize ourselves. I also think we serve best alongside others in a mutually-sharpening, discipling relationship.

Before I joined the staff of Saddleback Church, I went through a “theological interview” with Erik Rees, author of S.H.A.P.E.: Finding and Fulfilling Your Unique Purpose for Life. In fifteen minutes, Erik was able to spot tendencies in my own heart and make accurate predictions about how I would feel in my ministry role six months later. He was right, and it was a positive learning experience.

Answer the Big “What If” Question

If you could do anything for God knowing that resources wouldn’t be a problem and with a guaranteed of success, what would it be? Usually how we answer that question can propel us in the right direction. Don’t stress about what your gift is, jump into something that appeals to you.

Jump In and Get Your Feet Wet

In other words, begin serving. Many churches make it difficult to get out of a particular ministry role once we’re in it, which unfortunately usually leads to burnout, frustration, and confusion. We should be able to serve in a variety of areas on a short term basis until we discover that place that really fits with who we are. And we’ll grow through this process of “trial and error” as we understand ourselves better.

Perhaps this is the crux of the issue. God has shaped you for significance and service. So launch out today, get started, and be flexible along the way allowing God to tweak your plans until you find that sweet, satisfying, kingdom-expanding and Christ-exalting niche for which you are divinely wired.

Graphic by Marian Trinidad via CreationSwap