The Difference Between Launching and Orbiting 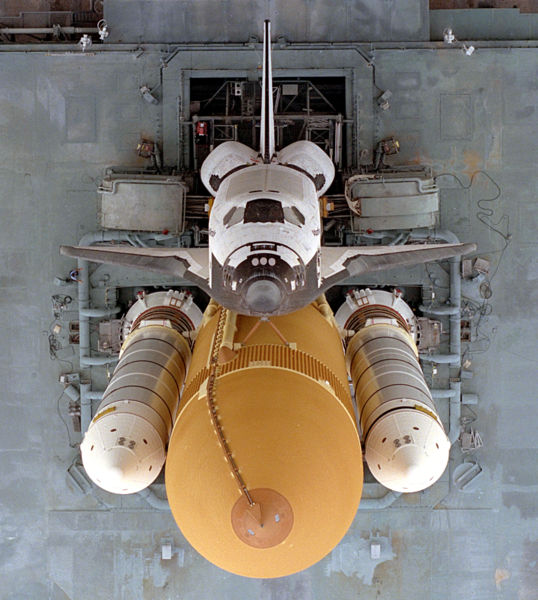 If you’ve ever watched a space shuttle launch, you know that it’s an enormous production. A ton of preparation goes into the event, potentially millions of eyes are watching, and there is a tremendous risk being taken that results in the payoff of having a shuttle in orbit. And when you see the shuttle on the launching pad, you realize that most of the stuff that starts up into the atmosphere is fuel. As the shuttle nears its orbit, the nearly empty fuel tanks fall away. Once in orbit, the shuttle gets to coast with little effort.

Launching requires huge teams of people making sure that everything is precisely calculated. It requires huge amounts of rocket fuel to propel it upward at very high rates of speed. And every split-second of launching is filled with great risk. A single mistake can be quite costly.

Orbiting is literally when something falls toward the earth and misses repeatedly, creating an arc that resembles an object in flight, but the truth is, it’s much more like floating than flying. Or as Buzz Lightyear might put it, orbiting is basically “falling with style.”

We’re in the launch phase of Grace Hills Church. Right now, we’re carefully planning every single detail the best we can and leaving the results in the hands of the Holy Spirit. We’re taking risks. We’re consuming a lot of fuel (funds, that is) and requiring a lot of people to be intensely concentrating on various aspects of ministry to make sure we launch well.

I’m not afraid of failing to launch. I’m not worried that people won’t come or that ministry will cost more money than we have. What keeps me more concerned is our human tendency to prefer orbit over launch. We like to fall, to coast, to see things happen effortlessly. And when we make the transition, in church leadership, from launching to orbiting, we begin to quickly lose momentum and we are at the mercy of the forces outside ourselves to keep us going.

Does that mean we’ll just stay in launch phase forever? Yes and no. No, we won’t always advertise as a “brand new church in Northwest Arkansas.” But we want to maintain a launch mentality in other ways. As we reach the elusive mark of maturity as a church body, we will need to be seizing upon new opportunities, venturing into new ministry territories, and purposely taking new risks in order to have momentum along the way.

So my challenge would be, keep launching. No, you can’t always start over as a church, but you can always be in the starting mentality. When we get so big that we’re too confident in our resources to risk anything, we’re merely orbiting. Orbiting works for a while, but orbiting requires zero momentum and never takes us anywhere new.

What does your church need to do today in order to get back into launch phase?

This image or video was catalogued by Kennedy Space Center of the United States National Aeronautics and Space Administration (NASA) under Photo ID: KSC-96EC-0997 AND Alternate ID: GPN-2000-001877.