Jesus Was Dead and Buried 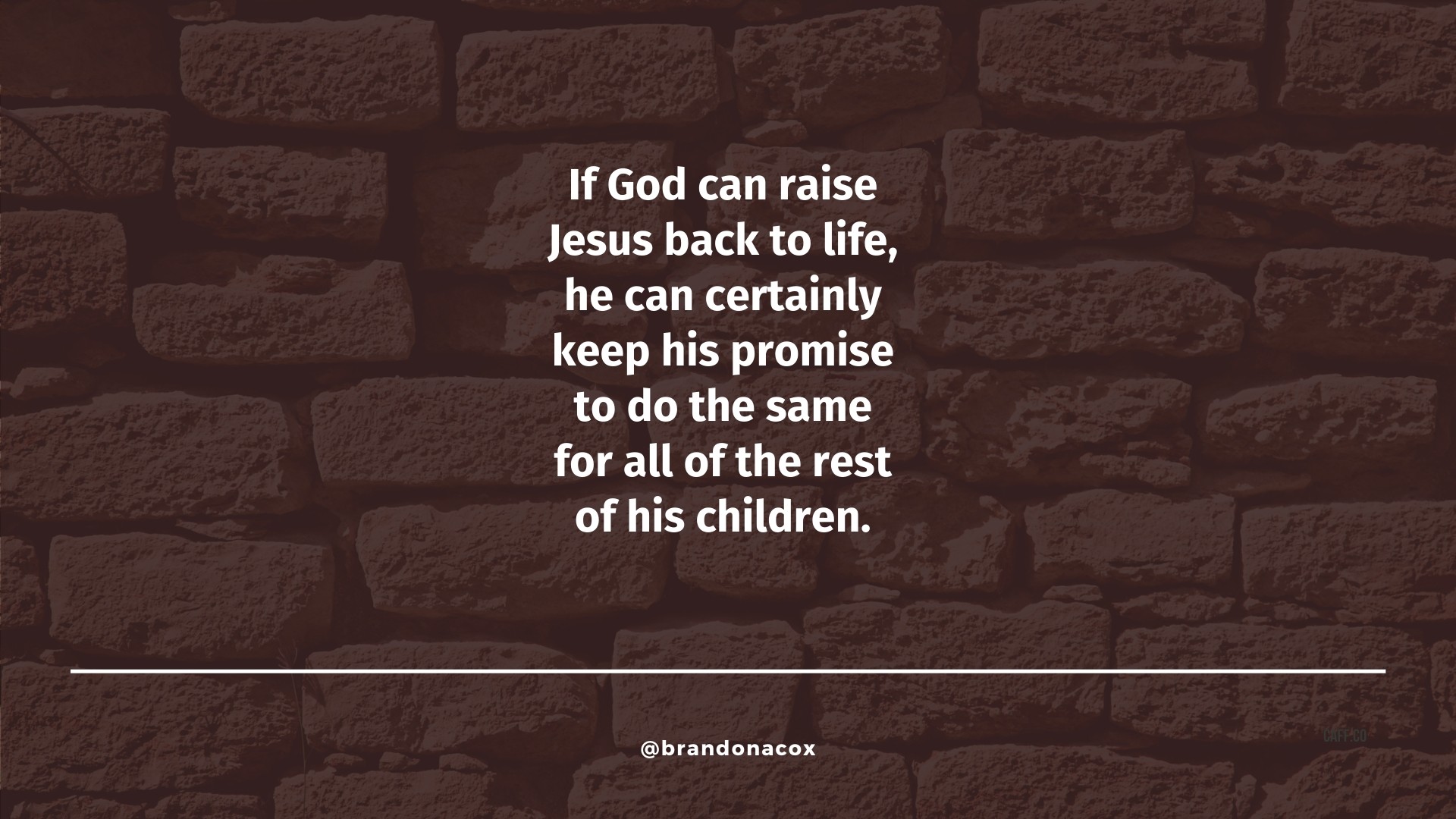 After Jesus died on the cross, the Bible says,

As evening approached, there came a rich man from Arimathea, named Joseph, who had himself become a disciple of Jesus. Going to Pilate, he asked for Jesus’ body, and Pilate ordered that it be given to him. Joseph took the body, wrapped it in a clean linen cloth, and placed it in his own new tomb that he had cut out of the rock. He rolled a big stone in front of the entrance to the tomb and went away.

One essential piece of the gospel that is often overlooked is Jesus’ burial. We will talk about how Jesus died on the cross and rose again from the dead, but we leave out the detail that he was buried between those two events.

The early church didn’t forget about it. They sang a song about the gospel that included Jesus’ burial as a key event:

Why is Jesus’ burial important to the story? It’s a matter of emphasis. The Bible and the witness of the disciples was quite clear, leaving no room for question: Jesus was really, truly dead.

Over the last couple of centuries, different intellectual-theological movements have sought to lessen the impact of the cross with false theories about Jesus having simply fainted or “swooned” on the cross. But let’s be clear, regardless of what may happen in a Hollywood action film, you don’t go through such beating, bleeding, suffocation, and agonizing death and then simply walk out of your grave a couple of days later looking healthy.

Jesus died. Completely. He fully suffered death, the penalty of our sin, on our behalf. He took on our fiercest enemy and defeated it so that death, for those of us who place our faith in him, will simply be an instantaneous transition from this life to the next. This was, as John Owen put it, “the death of death in the death of Christ.”

And if God can raise his completely, definitely dead Son Jesus back to life, he can certainly keep his promise to do the same for all of the rest of his children.