Jesus Started a Church for Misfits 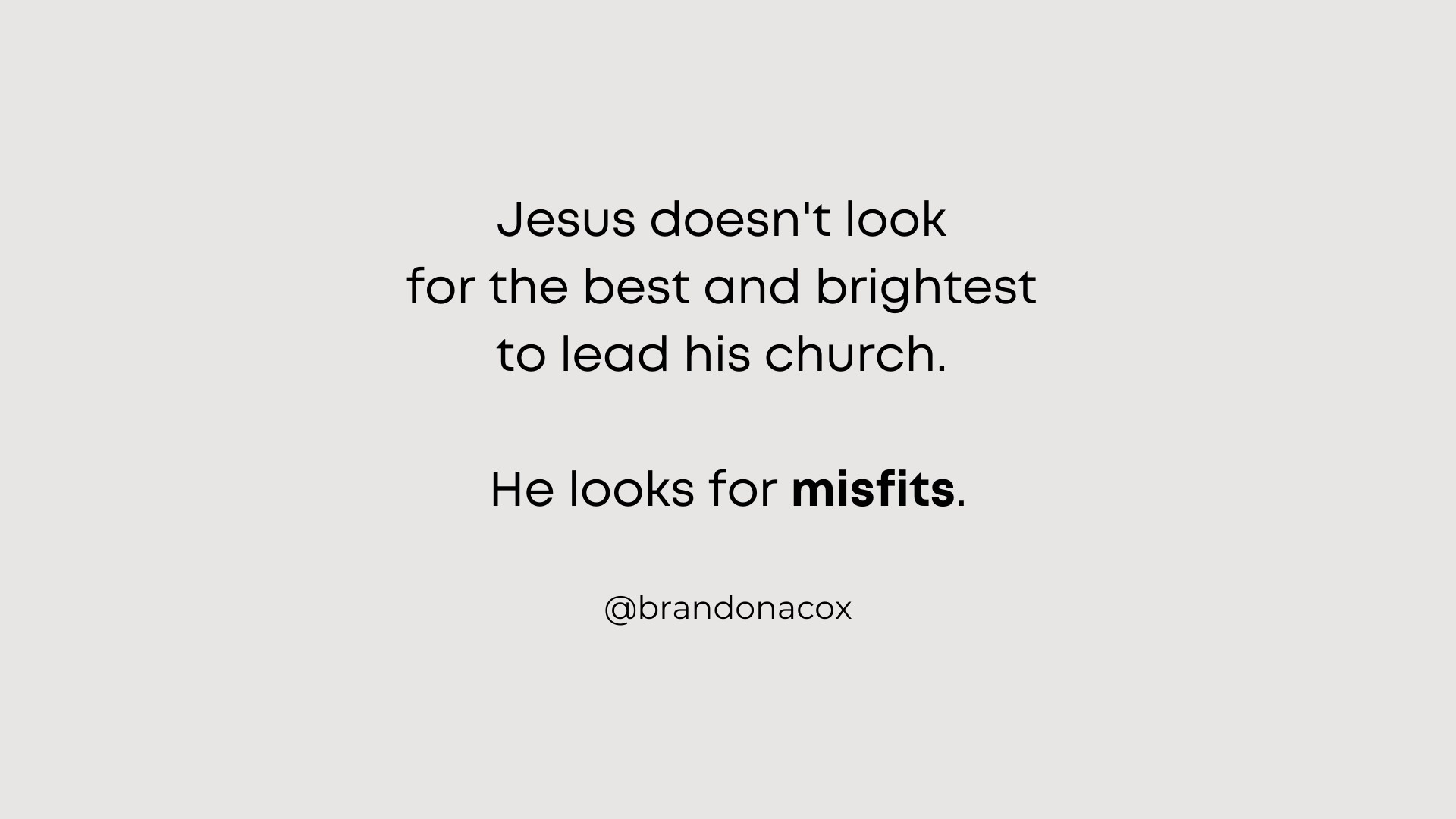 If I were going to start an organization that would fix all of the world’s biggest problems, I’d need to hire the best and brightest. I’d look for people of character, for sure, but I’d also look for people with the right blend of education and experience, the talent and charisma, and the energy and drive to get the job done.

When Jesus wanted to start an organization that would fix all of the world’s biggest problems, he invited a ragtag band of misfits to lead it.

One day, Jesus was walking along the shore of the Sea of Galilee and saw some guys fishing. They’d been passed up by other rabbis and rejected as raw material unfit for the tasks of spiritual leadership. But Jesus wanted them.

As Jesus was walking beside the Sea of Galilee, he saw two brothers, Simon called Peter and his brother Andrew. They were casting a net into the lake, for they were fishermen. “Come, follow me,” Jesus said, “and I will send you out to fish for people.” At once they left their nets and followed him. Going on from there, he saw two other brothers, James son of Zebedee and his brother John. They were in a boat with their father Zebedee, preparing their nets. Jesus called them, and immediately they left the boat and their father and followed him.

He saw them. He chose them. He invited them. And they left everything to follow the rabbi who had finally picked them! But were they qualified?

As Preston Sprinkle puts it in his book, Charis:

God aggressively and delightfully values and uses thugs and misfits to build His glorious kingdom: abrasive, thickheaded people like Peter, hotheaded racists like James and John, violent brawlers and extortionists like Simon and Matthew, and mentally deranged bag ladies like Mary Magdalene. He doesn’t give them a bowl of soup and shuffle them out of the church. He gives them responsibility—the hallmark of genuine value—and trusts in the God who uses the weak to shame the strong.

Grace is what flows through the veins of Jesus, whose heart stubbornly beats for you—a thug loved by the One who gladly endured the cross to bring you back to Eden.

It’s not the plan you or I would have had to start the movement to take the good news of Jesus and his kingdom to every single people group on planet Earth. No, it’s a far better plan!

Who better to represent to the world what the grace of God in Jesus Christ is capable of doing than people utterly and totally changed by it, enamored with it, and committed to it for life?

And guess what? Jesus sees you, too, and he’s inviting you in!