Building a Core Group vs. Gathering a Launch Team 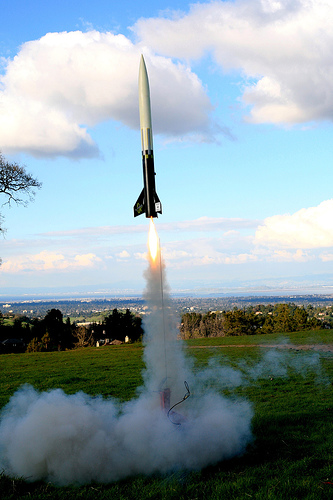 Missional leaders understand that there is no faster way to expand the Kingdom of God than planting new indigenous churches, even in communities where established churches already exist. This is partly because new churches tap into new and overlapping circles of relationships. But it’s also because of a simple law of nature – new produces momentum.

Things grow faster when they’re new, then tend to settle into a pattern and level off. With established churches, we can sometimes reproduce that newness by introducing significant changes in leadership or methodologies, but this is much more difficult than it seems. With a brand new churches, it is essential to capitalize on this momentum as much and as long as possible. Therefore, how we start, from day one, is essential to the survival of a new church.

As we prepare to launch Grace Hills Church, we’re researching, strategizing, and refining our specific tactics. One of the debates we’ve come up against is whether to begin by “building a core group” versus “gathering a launch team.” How are they different?

The language in “building a core group” suggests that we are bringing people together to become a church. This is done by launching small groups or jumping right into smaller corporate worship experiences. Planters who are strongly relational tend to do fairly well with this approach because of their knack for connecting people to one another.

This might seem to be a wise approach to planting a new church, and it’s certainly been done effectively by plenty of leaders. However, there is a second option.

A core group is a church. They want to meet, worship, and act like a church in every sense of the word. While this isn’t bad, it can be limiting. Why? Because the group becomes a group. And we all know how difficult it is for new people to break into a tight group.

“Gathering a launch team” on the other hand isn’t focused so much on having Bible studies and corporate worship experiences as it is on recruiting people who are passionately preparing to launch something that, from day one, is about others. It helps solidify from the beginning that the intended audience is the outside world and that there are no shells to crack for new people to be “in” this new thing.

Gathering a launch team typically means instead of diving deep into the Scriptures for early Bible studies, we’re instead talking a lot about vision, the future, the work, the values of what is coming soon, all with a mind to gather as large a crowd as possible for the “launch” and have a church birthed out of that crowd which can easily and quickly divide into multiple groups while remaining one body.

This is tough work. This is what we’re staring down. I feel confident that we could build a core group and grow it over time (with God’s leadership and empowerment) but I believe we’d face certain barriers early on. Based on my own leadership and communication style, I believe it’s important that we start with an understanding that we’re not a “core group” that has a tough time welcoming newcomers. Instead, we’re a “launch team” building a rocket, checking and testing it, and getting ready for that day when we take off with all of the other people who will become Grace Hills Church.

As a leader, I know it’s essential to my own health and the health of those I lead for me to be a lifelong learner. I’m open. I’m listening. I’m researching and testing different models and approaches. If you agree, disagree, or have another idea, I’d love to hear it!