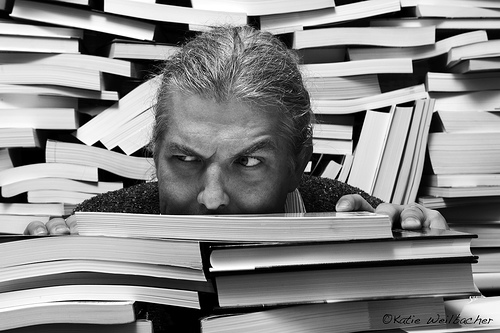 Some churches raise the bar when it comes to recruiting small group leaders. You need to be a member for X amount of time, well versed in the church’s doctrinal statement, agree to a lifestyle covenant, etc. The more qualified the leader, the stronger the group will be… or so goes conventional wisdom. But is that really true?

My friend Ron Wilbur, one of Saddleback’s Small Groups Pastors, once told me I’d probably make a terrible small group leader. It wasn’t that he was trying to discourage me. Ron taught me something valuable when he said, “your tendency will be to teach and answer all the questions, and you’ll kill the discussion and short-circuit the relationship-building process.” Now that I lead a small group in my home, I have to agree with Ron. If I’m not careful and intentional, I’ll be the bottleneck that holds my group back from being a healthy micro-community.

So if we’re not looking for long term members and Bible scholars, who makes the best group hosts? Most commonly, new believers in Christ, but I would expand that criteria to include anyone with these key characteristics. 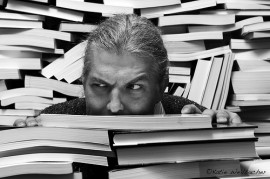 The Best Hosts Are Facilitators, Not Lecturers

I’m all for one-to-many communication, and I think preaching is getting sidelined a bit too much in our modern obsession with one-on-one discipleship. But a small group isn’t the arena for a lecture, it’s a conversation in a circle of chairs where everyone asks questions and everyone speaks up. Good hosts understand the power of leaving good questions unanswered and throwing them back into the ring.

The Best Hosts Include People Far From God

Rather than seeing a small group as a holy huddle or a gathering of the frozen chosen, great hosts remind themselves and their group that we have a common mission to accomplish – including everyone in God’s family so they can encounter Christ in an atmosphere where they are accepted by friends.

The Best Hosts Are Fellow Students, Not Experts

Small group leaders who facilitate growth in their groups don’t have all the answers, and don’t try to appear to have all the answers. Instead, they are fellow discoverers who participate in the group’s journey into greater knowledge and spiritual depth. How then are we to protect groups from doctrinal errors spread by well-meaning new believers? We trust the pastors, to whom the assignment of guarding the flock was given, to mentor leaders to a more thorough knowledge of biblical truth.

Instead of speaking Christianese, they speak human. My Pastor gave me an acronym to remember a basic approach to human conversation…

E – How can I encourage you?

K – Who do you know that I should know?

The Best Hosts Don’t Have It All Together

Not only do they not have it all together, but they’re willing to be open and honest about not having it all together. Life change only happens as masks are removed.

The Best Hosts Dream of Multiplying

Great small group hosts realize that group time is not just a social hour or a Bible class. It’s a time when God’s people get together to do life together, and to live missionally together. So the host is always looking around the group and asking, “who can I pour into next so that we can send out a leader to launch another group?”

The world around us is not impressed when we’ve amassed knowledge without living differently as a result. But as long as Christians are impressed with the same, we’ll never create a small group culture conducive to involving the surrounding world in the conversation. The best small group hosts love Jesus and love people, but are also real enough to relate to people and build genuine friendships.

I’m not the best small group host. But perhaps you’ve got what it takes? There’s only one way to know. Go start a group.