10 Basic Twitter Tips to Help You Connect with More People 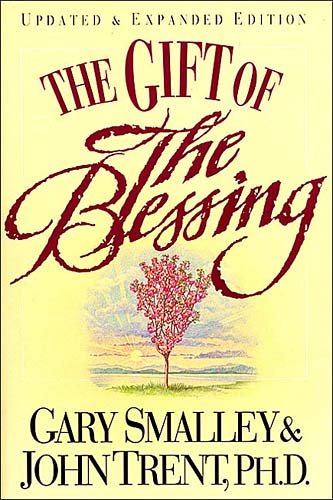 Can you manage a successful blog without using Twitter? Yes, but you’ll be limiting your reach significantly. Twitter is usually in the top two or three traffic sources for most well-known blogs alongside Facebook and search.

When it comes to how to manage Twitter, there are multiple philosophies.

I know the last one doesn’t sound too appealing. Or smart. But it happens all the time.

I use Crowdfire to manage multiple accounts in terms of following people back. It lets me see their profile pic, bio, and the follower-following numbers before I follow back.

And you’d be amazed at how many dead accounts I see. It’s a lot, perhaps because it’s so easy to start an account and so easy to walk away from it. With Facebook, you get one profile per human being. With Twitter, the limit is the number of accounts you can successfully manage.

So if you’re a blogger, you need to be on Twitter (and of course, you need to follow me there), and you need to do some basic things to establish your follow-worthiness so that more people will connect with you, see your content, and spread your message with you.

Here are the basics, which are often overlooked.

Those are the five basics. What follows is for established accounts. And again, these represent my feelings about my own approach, so you should tweak this to suit your own needs and preferences. I’m really offering these suggestions for those who are concerned about being more followable.

Don’t tweet every few minutes, but also not every few days. Tweet a few times a day, perhaps.

It demonstrates that you’re not completely self-absorbed and you do care about the thoughts and ideas of other people. It’s especially a good practice to click the heart when someone answers a question you asked.

It demonstrates that you see as much value in the content of others as your own. It also makes you valuable to the people who follow you. You are limited, on your own. But with a whole community, you’re an expert.

Inspiring quotes are nice now and then, but are often overdone.

Tweet your independent thoughts and observations. They’re more valuable than you think they are.

It’s expected. You can even share multiple times in different formats.

Consider using some third-party tools such as SocialOomph and JustRetweet to extend your voice.

9. Join in on conversations.

It’s okay. It’s public. It’s like walking into a party, except that it’s way easier for introverts like me.

Think of direct messages like texts. I don’t care what any marketing expert says, I still despise self-promoting auto-DM’s. I don’t mind at all, however, when someone sends me a DM that has some meaning to it.

No. Even if your strategy is to follow pretty much everyone back, don’t reward spammers or porn-pushers. But if you are hoping to grant some sense of access to people, yes, follow almost everyone back. But you don’t have to. It’s your experience.

Should I schedule tweets?

Why not? In the early days of Twitter, it was expected that people were manually and presently posting to Twitter. The problem is, you’re not on Twitter all the time (hopefully). So it’s perfectly acceptable to schedule tweets.

My absolute favorite, must-have tool for social media management is Buffer, which among other features, lets you trickle your content into the Twittersphere over the course of a day rather than all in one, annoying burst.

People are fickle. We get our feelings hurt easily. So don’t take anything that happens on Twitter, or any other online social network for that matter, too personally. Yes, it’s possible to make actual connections and strengthen actual relationships on Twitter, but there’s still a big difference between a Twitter follower and a real life friend.

People will tell you you’re selling too hard, you’re tweeting too much, or they’re unfollowing you because they just don’t like you anymore. Move on. Quickly.

I’ve been on Twitter since March 18, 2008. So I’m 9 years old in Twitter years, and I can remember the days before it was flooded with spammers and celebrities. I’d like to think it’s still an extremely valuable tool for business, for connecting, and for telling stories.