Why Is Silence So Awkward, Anyway? 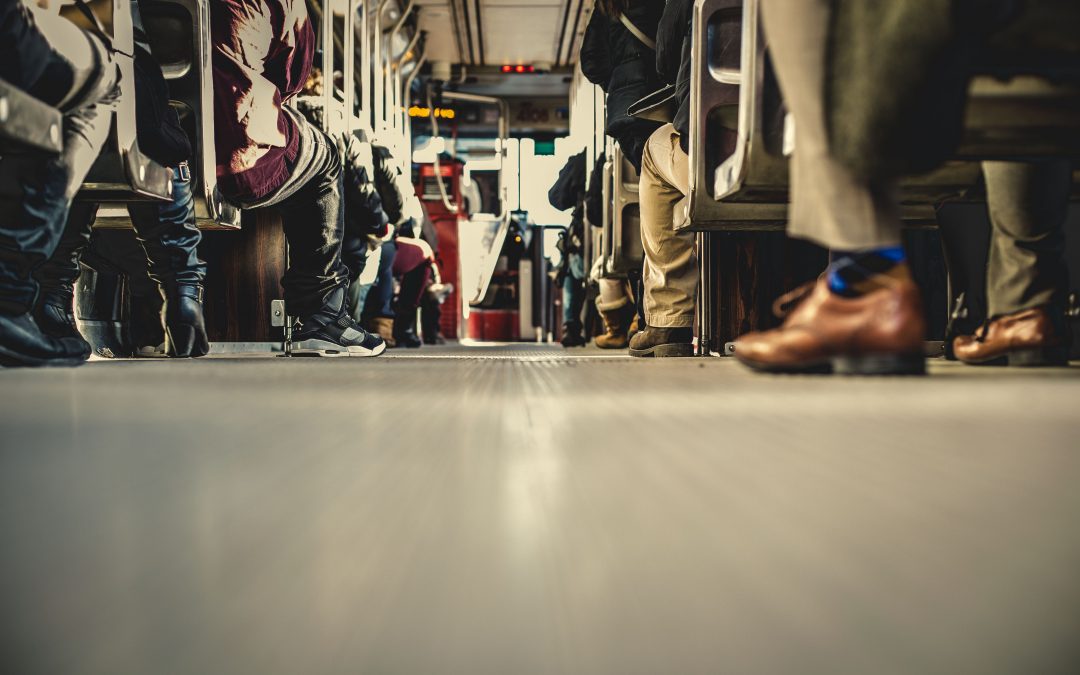 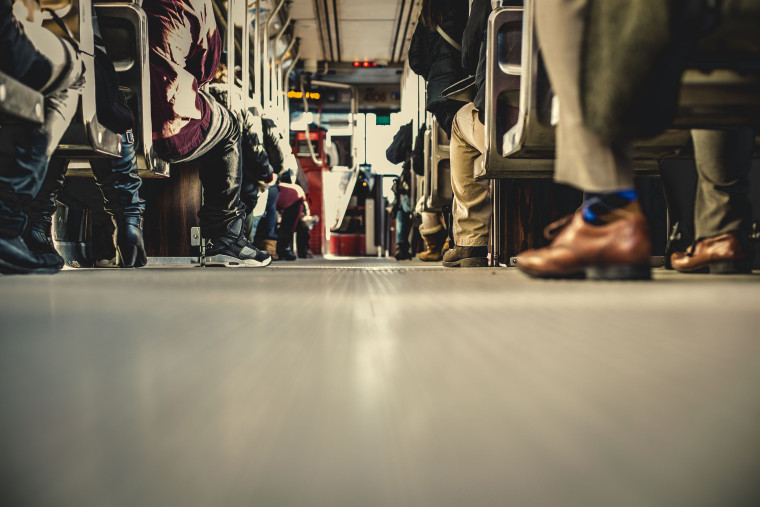 Yesterday I preached the introductory sermon of a new series about hearing from God. I started the message by being purposefully, awkwardly silent for about twelve seconds. It was painful! My purpose was to illustrate the findings of a research project reported on by Time about what happens when we encounter awkward silence. In short, all it takes is about four seconds of awkward silence to “elicit our most primal fears, activating anxiety-provoking feelings of incompatibility and exclusion.”

Why are we so uncomfortable with silence? I believe it has something to do with the beginning of the history of silence. In the previous chapter, we began to grasp the concept that God is social and that God made mankind to be social, placing Adam and Eve into a garden meant to be a setting for continual conversation. And one fateful day in that garden, the conversation died.

The tempter came to Eve and dangled before her the possibility of possessing godlike power, and she, being deceived, ate the fruit and gave some to her husband, who also ate. The next scene is tragic. The Bible describes it this way:

When the cool evening breezes were blowing, the man and his wife heard the Lord God walking about in the garden. So they hid from the Lord God among the trees. Then the Lord God called to the man, “Where are you?”

God is described in this passage as “walking about in the garden.” The invisible God who is never confined to space or time wasn’t literally walking around like a man. This is simply the Holy Spirit’s way of communicating to us that God was present with Adam and Eve in the garden, seeking them and desiring conversation with them. But none was to be found because Adam and Eve were hiding in the shame they felt over their sin.

So Adam and Eve hid themselves in silence, withdrawing from the disapproving glare of a holy God. And in their self-protection, they brought pain to the heart of their Creator, who so prizes the companionship of His creatures. For God, the death of the conversation was tragic.

Because of the entrance of sin, our ability to relate to one another and carry on healthy conversations has been broken, and we see the shattered remains of broken relationships all around us. Divorce is familiar to half the homes in America. The orphanages of the world overflow. Nations battle other nations.

This mass division results from the brokenness of humanity. Families are falling apart, and the body of Christ continues to fragment because we can’t get close enough and honest enough with others to fully know them and be fully known by them. Our lack of conversation has resulted in fear, which leads to hatred, which leads to racism, prejudice, and inequality in the world.

Individuals feel the weight of social isolation too. Suicide, in 2007, was the tenth leading cause of death in the U.S., accounting for 34,598 deaths. The issues behind this statistic are complex, but one of the glaringly obvious factors is the isolation and loneliness we feel in a society that is supposedly more connected than ever before. The effects of sin are undeniably destructive, and the death of our ability to build healthy relationships began the day Adam and Eve, in the midst of paradise itself, rejected the healthy relationship that existed between themselves and their Creator.

Embedded in the story of Adam and Eve’s separation is the seed of our own story. All of human history has given evidence of the brokenness of our relational ability and the resulting hunger in our hearts for restored intimacy. The world has a need for redemption and for restoration. And the very moment that need arose, as the relationship between mankind and God was fractured, God went to work executing His perfectly prewritten plan of redemption and reconciliation.

Silence Ruins So Much

The world is lost, and its only hope is the gospel. Therefore what it needs is the missionary voice of the church going to every people group on the planet with the story of Jesus. The silence that resulted from sin’s curse is one of the church’s chief enemies. Satan has little to do with keeping the world blinded to the gospel if we aren’t sharing it. In fact, silence itself can be a sin of omission. While God is calling us to express our praise and our worship for all to hear and to speak the name of Jesus in every corner of the earth, our silence is direct disobedience to His command.

But the problem of silence is more complex than simply not sharing the gospel enough.

There are places in the world where families and children suffer daily from hunger, malnutrition, persecution, and slavery. Their lack of resources presents a further problem: a lack of access to any kind of media or communication outlet. Until others speak out on their behalf, silence is their ever-harassing and persistent enemy, and it is therefore the enemy of the gospel.

Almost never does a married couple seek counseling at the moment one spouse is initially injured by the words or actions of the other. Instead, we bottle things up, build resentment, and blow up or melt down in a destructive downward spiral. But honesty and intimacy are far more difficult than silence, so we remain content not to speak of our hurts. When marriages and families are falling apart, you can bet silence has something to do with it.

This same brokenness resulting from silence affects every other kind of relationship. Parents and children become estranged from one another. Neighbors stop greeting one another. Tribes and nations go to battle because of the unspoken tension that silence creates.

And when we aren’t talking about the emotional and relational problems that exist in human relationships, we certainly aren’t sharing the gospel with one another. The gospel is a conversation that is often awkward in and of itself. In this way, the gospel is hindered.

Two kinds of sin feed off silence. The first is the sin we commit. If we keep silent, failing to confess our sins to God, the One who is faithful and just to forgive us and to cleanse us, then we get trapped in an unending sin cycle.

Then there are the sins others commit against us. Abuse, neglect, gossip, slander, and violence do great damage to us emotionally and spiritually—and while these sins are not ours to own, we carry shame over them nonetheless.

For instance, I once saw a piece of artwork drawn by a small child. It was dark and scary. He had chosen primarily black and red as he outlined the members of his family. My wife, Angie, who works with children in foster homes as a therapist, asked me if I had noticed the “X” drawn on the child’s mouth. I had not. She explained it’s something therapists spot because it’s typical of children who have been told repeatedly not to tell anyone what has been done to them.

Shame keeps us silent, and the progress of the gospel is stopped. When we remain trapped in the shame of our own brokenness, we retreat from the comforting voice of the gospel, and we are left powerless to give or receive its message. As I mentioned previously, silence has its dark side.

It’s Time to Speak Up

Silence has a tendency to ruin things—not everything, mind you. We often need to cultivate silence in our lives in intentional ways for the health of our minds, bodies, and spirits, especially in this day and age, when so much clamors for our attention.

But we were made by our Creator to connect with others, and intimacy is a deep and abiding need of every human heart. We need to know and be known.

And so, it is time to speak. It is time to connect. It is time for us to emerge from our cocoons to engage the rest of the world in a silence-shattering conversation about eternal things. Silence fosters oppression, but you can speak up for those without a voice. Silence traps people in shame, but your voice can communicate grace to those trapped in sin. Silence endangers and threatens to destroy delicate relationships, but you can say the words needed for healing. It’s time to speak.

Not only is it time to speak, it’s time to get loud. Jesus said it this way: “What I tell you now in the darkness, shout abroad when daybreak comes. What I whisper in your ear, shout from the housetops for all to hear!” (Matt. 10:27).

Some of this post is adapted from chapter two of my book, Rewired, a chapter entitled “The Day the Conversation Died.” Read more about Rewired here.