From Aleppo to Arkansas, Little Boys are Precious

Perhaps you’ve seen the picture of Omran Daqneesh, the five-year-old little boy pulled from the rubble and placed into an ambulance, following an airstrike in Aleppo, Syria. I stared at the photo for a long time. And I watched the footage – just barely over a minute (before clicking, know that it’s graphic) – of the rescue worker placing him in that chair. Rather than crying in fear or from pain, he stared calmly at the cameras, likely disoriented and in shock.

Image via The Guardian

The photo reminded me of the face of my own three-year-old son, Drew. I swiped through photos from our recent vacation and stopped on this one, taken on a pontoon boat near Crab Island in Destin. That was a good day. Sam bounced on inflatables in waist-deep water while Drew munched on a snack under the canopy of the boat. Our biggest worry that day was that there were quite a few jellyfish in the water – the kind that sting like a wasp and not much more. 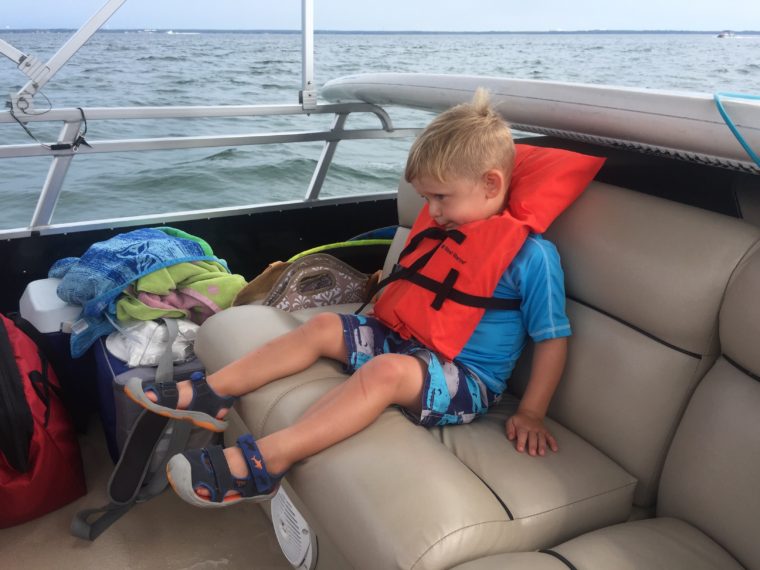 I don’t ever want to grow cold. I don’t want to become so desensitized that I stop feeling the difference between the world I know and the world of those trying to survive the carnage of war. I want to remind myself that wherever little boys are, in Aleppo or in Arkansas, there is the image of God himself dwelling in precious little human form.

My Drew is precious. He can be obstinate. He can throw fits. He ignores our shouts to stop when running away from us down the aisle of a store. But he gives amazing hugs and kisses at night, laughs easily, and is bewildered to discover all the sights and sounds of the world around him as he grows up.

Omran is precious too. He’s grown up on the other side of the world in a predominantly Muslim, war-torn country. But Omran bears the image of his Creator as much as any other little boy in the world.

God made it clear that it would be better for us to have a giant stone tied to our necks and be cast into the sea than to harm one of these little ones and then face the judgment of the Almighty. Yet every day, all over the planet, terrorists victimize children.

They are killed, captured, and enslaved. They are used as human shields and brainwashed into carrying out violent jihad. Just a few hours away from my home in Northwest Arkansas, parents (or at least two people who biologically produced an offspring) were arrested for severely abusing and neglecting a little girl who literally thought her name was “Idiot” because she’d heard it far more than her actual name from this man and this woman.

The news is rife with stories of stings and busts where preteens are liberated from the horrors of sexual slavery. We’ve aborted millions of unborn, precious, human lives – each one bearing the image of the Creator.

What are we doing? These are precious kids. Every. Last. One. Of. Them. We’re responsible for leaving behind for them a world in better shape than we found it. And honestly, we’re blowing it.

I don’t have all the answers, and I feel as helpless as most of you who will read this about bringing down the global giants of war and violence, poverty and hunger, illiteracy and ignorance.

But I’m a firm believer that there is always hope for people, and that you and I can be at least a small part of the solution. How? Here are a few thoughts.

There is more, I know. I’m scratching the surface. But for most of us, we simply need to move from feeling nothing to feeling the pain of others, from saying nothing to speaking peace to power, from doing nothing to doing whatever we can to help.

From Aleppo to Arkansas, all life is precious.